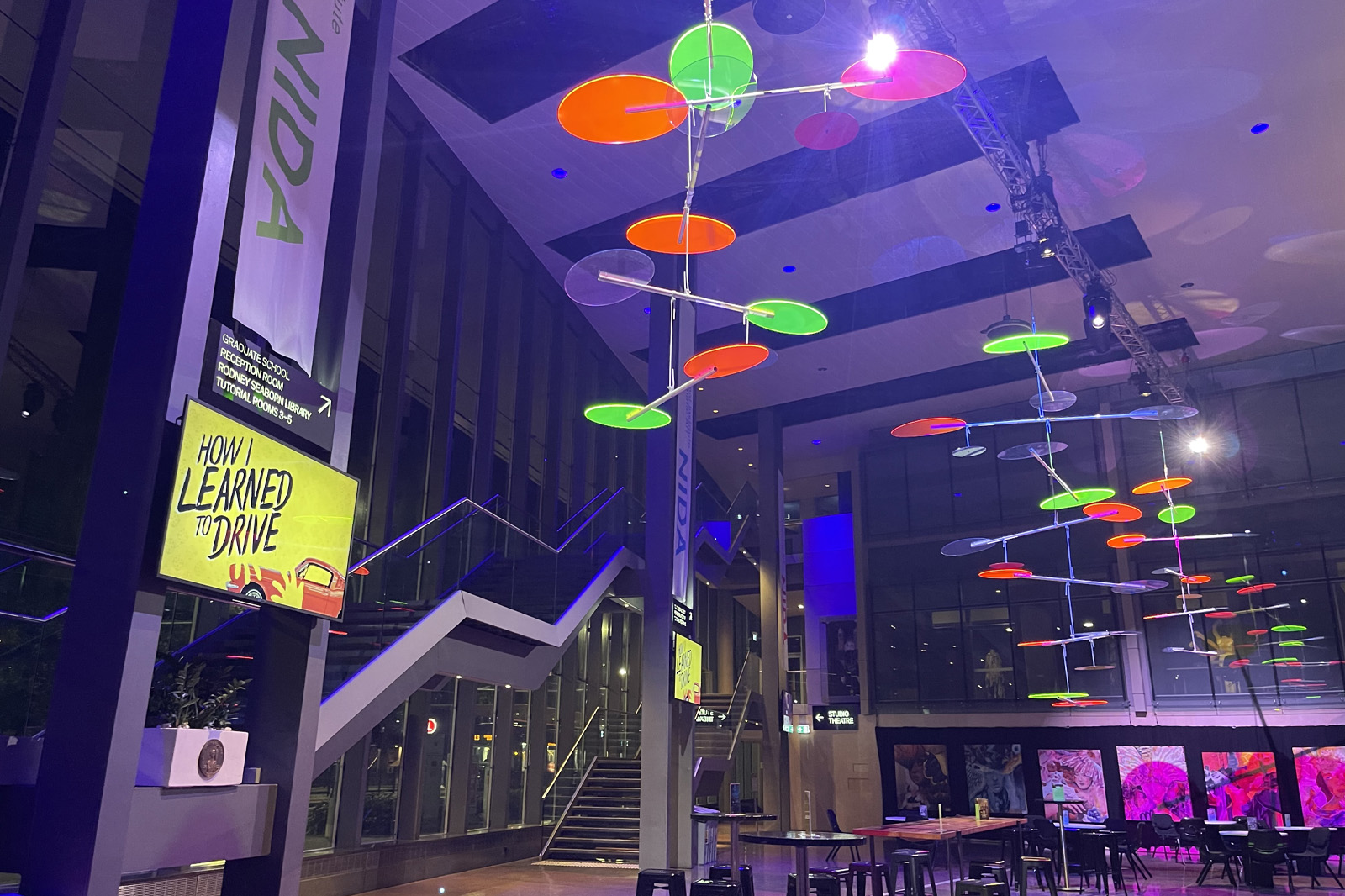 The installation consists of three spinning mobiles on which thirty-four large, coloured acrylic pieces and six mirrors hang in counterbalance. Light is projected through the acrylic and reflected in the mirrors to create movement and colour in the foyer. The scale of the work is impressive, with the centre mobile measuring three-by-four metres and the two accompanying mobiles measuring two-by-three metres.

Madison said, “The main focus was filling the space, having some kind of movement to tie in with the performances of the June Production Season, and to create a link to the wider community through Vivid.”

Above: Madison and team assembling the mobiles

Fellow third-year Props student Jules Bisschoff collaborated with Madi on the mechanical aspect of the piece and worked on making the mobiles spin, and second-year Technical Theatre and Stage Management student Keelan Ellis designed a soundscape to complete the immersive experience.

Lighting Lecturer and NIDA alumnus Martin Kinnane (Technical Production, 1991; MFA Design for Performance, 2018) installed the lighting for the work, and Production Manager and Scenic Construction and Technologies Course Leader Nick Day supported the team throughout the install. Supporting Madison throughout the project was Head of Properties and Objects Marcelo Zavala-Baeza, as well as Madi’s first-year Props assistants Alex Mills and Caleb Jackson.

Madison drew inspiration from artists Stephen Knapp, known as the creator of ‘lightpaintings’ – art created by reflecting lights onto a surface, and sculptor Alexander Calder, known for his innovative mobiles. 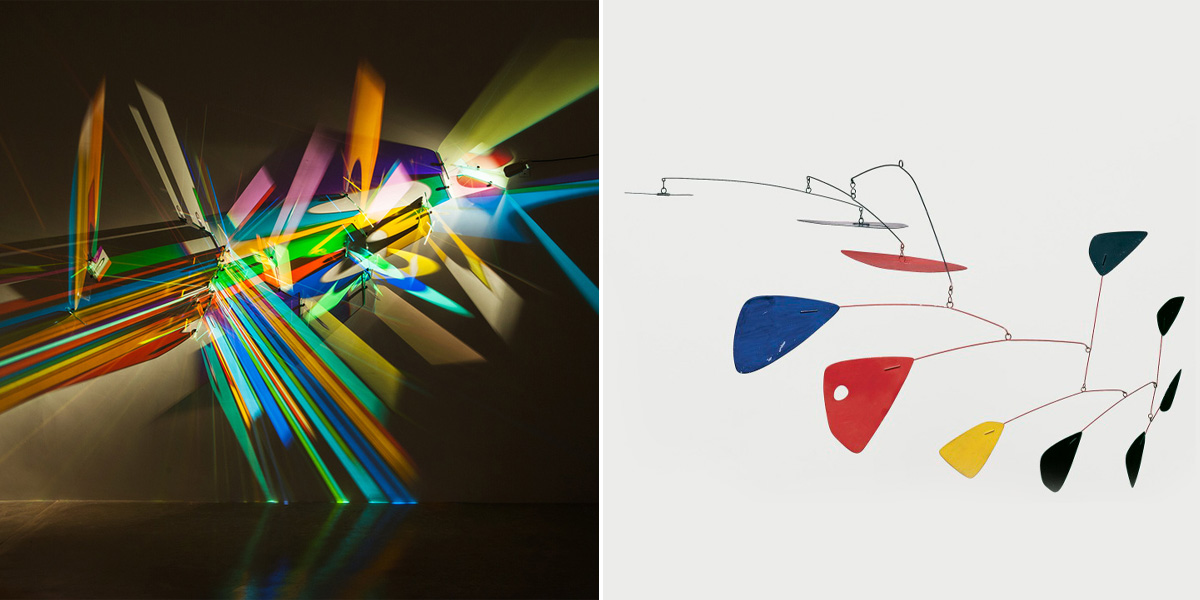 Dancing Light breathed life into the cavernous NIDA foyer throughout the June Production Season and wowed visitors on Open Day, who were impressed by the depth and breadth of the work of NIDA’s Props and Objects students.

Bryce is a Brisbane-born playwright, director, choreographer and performer.