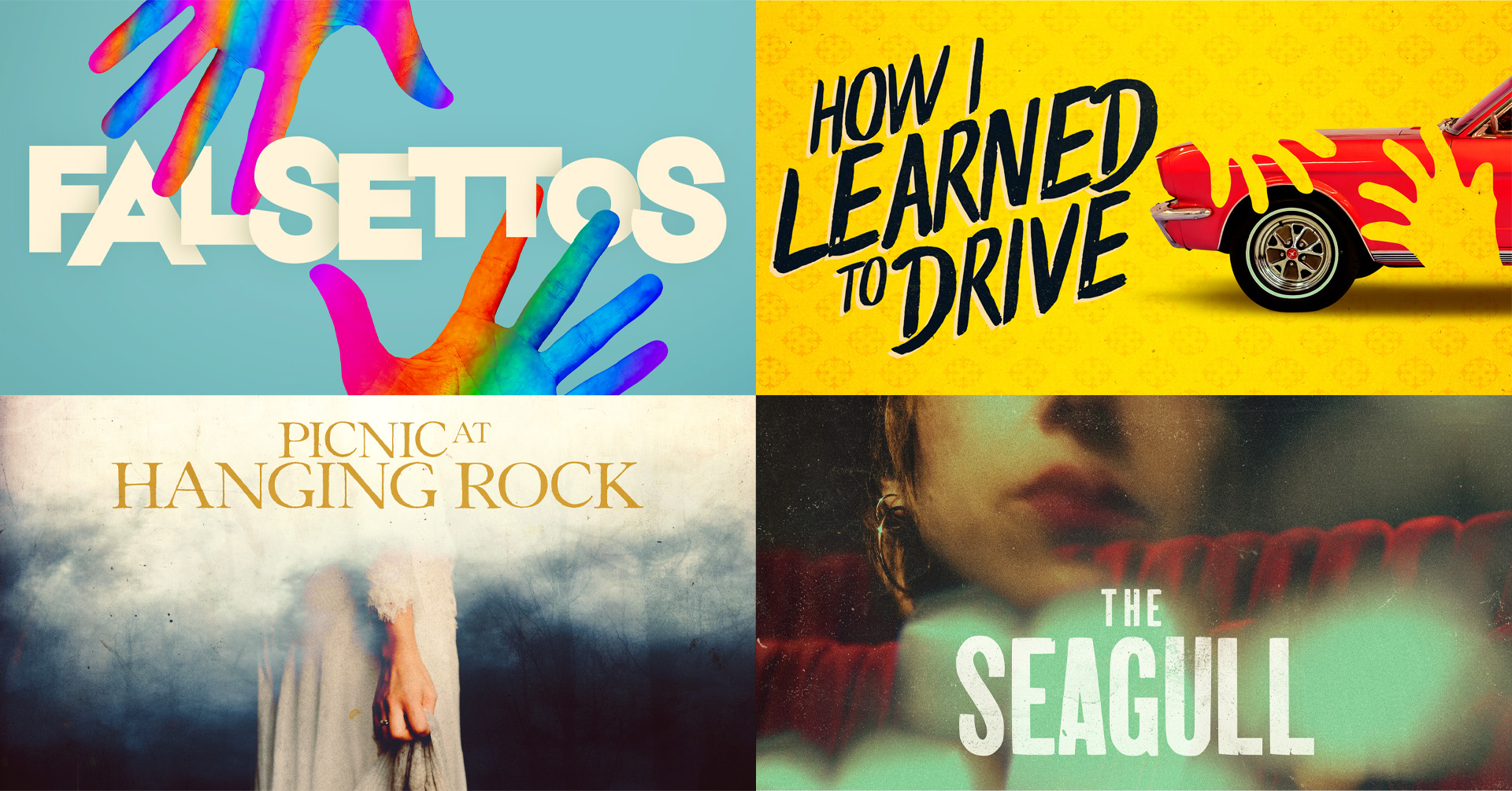 Falsettos, How I Learned To Drive, Picnic at Hanging Rock and The Seagull to be staged in NIDA venues over ten days offering a rich array of stories and ideas, presented by 130 of Australia’s most highly-trained practitioners and led by distinguished professional theatre artists.

Australia’s next cohort of sought-after creative storytelling talents will showcase an extraordinary depth and breadth of skills in the first of NIDA’s three live theatre seasons for this year. From 8–18 June, culminating in NIDA’s exciting annual Open Day, the NIDA June Productions Season kicks off a series of major events that launch graduating students into their entertainment industry careers.

The season showcases a Tony award-winning musical about a queer family trying to get it right, a Pulitzer-winning play about a damaged family getting it wrong, a newly-clothed classic about an artist reaching for the future, and an Australian Gothic myth about a mysterious past. This is a season of re-examined masterworks that speak to the here and now. A matchless musical, moving memory play, live cinema event, and gripping spine-tingler are helmed by leading Australian directors and feature the talents of the next generation of Australian storytellers.

The four beautifully and thoughtfully created shows, along with the end-of-year productions in October, are the best indicators of which actors will be starring in next year’s stage and screen productions in Australia and internationally.

And while NIDA’s June Productions Season is certainly a feature event for talent agents and other key industry players to observe NIDA’s newest output of Bachelor of Fine Arts (BFA) Acting graduates, it is equally an opportunity for graduating Design for Performance, Technical Theatre and Stage Management, Scenic Construction and Technologies, Costume and Properties and Objects students in BFA courses to have their work seen. There is a huge demand for the specialized industry-relevant skills of these students across the cultural and screen sectors. In these COVID-affected times, students from the Diploma courses in Musical Theatre and Stage and Screen Performance are participating as understudies. Some 130 students are involved in presenting the NIDA June Productions Season.

“We were keen to give this year’s graduating students some particularly meaty works. They spent their first two years at NIDA training through COVID, and now they can hit the stage in ways that haven’t been fully possible until now,” says NIDA’s Artistic Director in Residence David Berthold, who curated the full season.

“The four works we’ve chosen are masterworks that will stretch every muscle these students have while speaking directly to contemporary concerns.”

The NIDA June Productions Season begins on Wednesday 8 June with two shows. Falsettos is staged on the NIDA Playhouse stage, and draws on the striking talents of six performers in the graduating Acting cohort who have trained in a special Singing Actor stream. “We needed to find a chamber music theatre work that suited them,” explains Berthold, who directs the Tony-award winning musical with music and lyrics by William Finn and book by William Finn and James Lapine.

NIDA is renowned for the participation of leading national and international artists, but this production will excel in artistic stature and is not to be missed. Berthold has assembled an outstanding team of professionals. On Falsettos he is joined by the legendary Michael Tyack AM as musical director, and as choreographer, the accomplished and celebrated Kelley Abbey. Guest artists Jensen Mazza and Julien Daher share the child role of Jason.

Berthold says, “It’s a truly brilliant work of the contemporary American theatre – raw, complex, and full of humanity in all its flaws. It gets to the heart of how we love, how families are made, and how we grow. Its queer lens is both sharp and sensitive.”

How I Learned to Drive, performed in the NIDA Studio, will also open on 8 June, and is also a contemporary American theatre gem with its current Tony award-nominated Broadway revival a testament to its potency. “This Pulitzer Prize-winner was written by Paula Vogel in the 1990s, but the question of how men, and structures, treat women is in constant focus, and needs to be. The play traces the contours of contempt and survival, often with a blistering humour,” says Berthold. Tasnim Hossain directs How I Learned To Drive, fresh from her six-month term as NIDA’s Artistic Associate. Hossain was deeply involved in the curation of this NIDA June Productions Season (and the upcoming October season) and was so excited by the complexity of directing Vogel’s play.

Opening on Thursday 9 June in the NIDA Space Theatre, Picnic at Hanging Rock will be directed by Claudia Osborne. Famous as a fine Australian novel as well as an iconic and groundbreaking film by Peter Weir, Picnic at Hanging Rock is an Australian story that prods at our colonial consciousness, says Berthold. “This terrific new theatre adaptation by Tom Wright gives the story to five schoolgirls who tell and tease out the events, even examining the story as myth. The female, the colonial and the mythic collide with primal forces that will make for a genuinely telling and terrifying night in the theatre.”

The fourth production, opening on Saturday 11 June in NIDA’s Reg Grundy Studio, will be a live cinema experience. This production of Anton Chekhov’s The Seagull, in a new version by Benjamin Schostakowski, who also directs, reaches for an ideal match of form and content. “Over the last decade the genre of live cinema has become more and more sophisticated,” says Berthold.

“This dynamite play has at its centre a young artist trying to make a new theatre form. There are actually four artists in the story, caught in webs of love and longing, and in this live cinema telling we have the camera as witness. Chekhov, like all great dramatists, loved a metatheatrical game, and here that game is exploded in ways that I trust will lay bare both heart and art.”

NIDA CEO Liz Hughes says, “NIDA has been nurturing industry connections for more than 60 years, with relationships and placements for students from every discipline with Hollywood film studios and Australia’s largest theatres. This makes NIDA one of the most powerful launchpads and respected brand names in the world. Our alumni are known worldwide and even very recent graduates are already in demand nationally and overseas. This diverse and brilliant 2022 cohort will undoubtedly follow that consistent trajectory with these productions the first in a series of events kickstarting their careers.”

All four productions will be performed as matinee shows on NIDA Open Day, Saturday 18 June. It is a perfect opportunity for future NIDA students and families to see productions that showcase the highest calibre of work that NIDA creates, at the same time as checking out other student performances, free workshops, industry panels and more. Details about NIDA Open Day will be announced shortly.

Tickets available to the public for the June Productions Season are limited and will be available soon. For further details including dates, times and venues, please click here.