Bradley is a writer, performer and theatre-maker from the Western Suburbs of Sydney. He graduated from the University of Wollongong in 2013 with a Bachelor of Performance (Acting) and has spent the ensuing years working and teaching throughout the Greater Sydney and Illawarra areas.

Bradley started writing for his local theatre in 2014, producing three full-length plays in three years through a process that can best be described as ‘trial and error’. These projects afforded him the opportunity to experiment with form and develop his authorial voice, leading to an ongoing passion for postdramatic playwriting and devised theatre.

Since 2017, Bradley has served as Creative Director of Rising Arts Productions, a small theatre company committed to bringing unique theatrical opportunities to young people in the Illawarra and Western Suburbs. He regularly takes to the stage as a member of the company’s travelling improv troupe, making a fool of himself in numerous venues across Sydney.

In 2019, Bradley was a participant of the Australian Theatre for Young People (ATYP) National Studio Writer’s Residency, which resulted in his first published work, the short play Maralinga.

NIDA Productions
She Cried for Lives She Never Lived nor Lost - Writer
SIX - Co-Writer
Gothic von Magic Muscles or, How I Learned to Stop Worrying and Love Being on Zoom - Writer 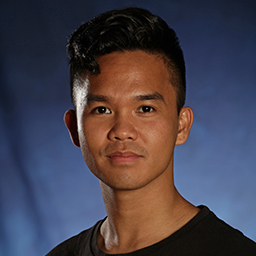 Mark is passionate about representation in national and international media, and particularly wishes to nurture more racially diverse, queer, and low
socio-economic stories on our stages and screens.