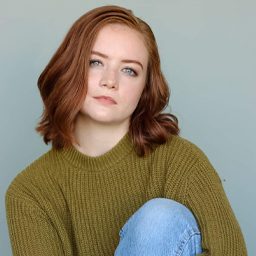 Ebony was born and raised in Victoria on Boon Wurrung land, spending her early years certain she was going to study marine science. However, after seeing Nicole Kidman descend on that swing in Moulin Rouge, things really changed.

Before NIDA, Ebony spent a year honing her classical text skills as a cast member of the Graduate Players at The Australian Shakespeare Company, touring domestically and internationally to Europe, and featured in an immersive feature film, A Night at the Paris Cat.

During her time at NIDA, she has featured in various productions. Personal highlights include working with acclaimed international director Kate Champion and writer Hilary Bell on Perfect Stranger and with director Alex Berlage on the hit season of Mr. Burns, a post-electric play.

Ebony looks forward to launching into the industry with the skills and passion to pave a lifelong career in the arts – and hopefully get a swing entrance of her own. 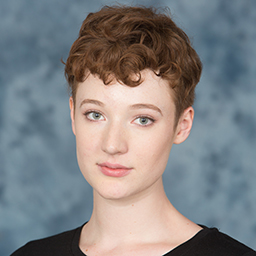 Kira-che has a deep passion for purpose-driven work that engages with and questions its own impact.