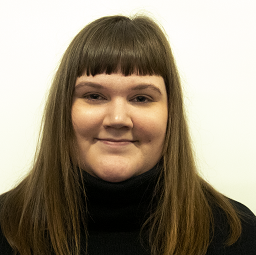 Multidisciplinary designer Jordan Leah strives to create work that goes against the grain, while implementing a bold and impactful approach. Her interests gravitate towards the worlds of screen and live production design.

Creating a highly collaborative environment, having a distinct point of view and evoking an emotional audience response highly resonates with her design process. Often having a dark twist to her work, she is influenced by the weird and unconventional, setting herself apart as a designer.

Highlights while studying at NIDA include conceptualising and designing a music  video for triple j Unearthed winner Telescreen for their song Moving On (see below). This project combined her passions of music, design and screen, which she
has a strong interest to explore in future collaborations. She also had the opportunity to attend and exhibit at The Prague Quadrennial of Performance Design and Space in 2019.

In 2020, Jordan realised a set and costume designs for Drrrm Play, a devised piece based on Strindberg’s A Dream Play through the lens of a punk gig, directed by Matthew Latham.

Since 2017, Bradley has served as Creative Director of Rising Arts Productions, a small theatre company committed to bringing unique theatrical opportunities to young people in the Illawarra and Western Suburbs.