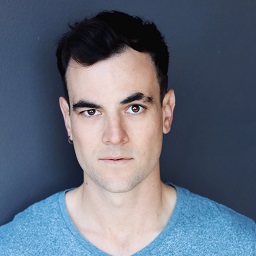 With a rich baritone, a penchant for clowning, and an abundance of character voices and accents, Brodie sees himself as a playful and versatile performer ready to cartwheel into any role that is thrown his way.

Having completed a Certificate IV in Music Theatre at the Western Australian Academy of Performing Arts (WAAPA) prior to attending NIDA, he has many stage and musical credits from around his hometown of Perth, including Closer, Little Shop of Horrors, The Wizard of Oz, an original jukebox musical set in 1960s WA called The Snake Pit, as well as three productions with West Australian Opera.

Brodie also took a shine to screen performance; his proudest achievement to date is having starred in the People’s Choice winner Revive from the 2013 Tropfest short film festival.

Alongside his acting work, Brodie was also employed with Perform! Educational Musicals, EG Incursions as a workshop facilitator, Fame Trivia as a pub quiz host, and Captain Cook Cruises as an entertainer and commentator.

Upon graduating NIDA, Brodie wishes to further hone his singing and dancing skills, explore more physical theatre practices, and finally work up to juggling five balls at once!