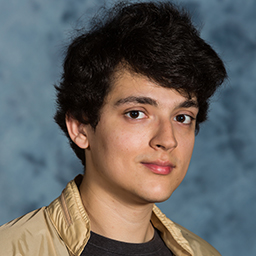 Daniel’s greatest interests have always been crafting and storytelling. Growing up in Singapore, he started acting in theatre at a young age, carrying his passion into secondary school where he won a scholarship for his work in his school’s drama. He studied Drama in the International Baccalaureate, before finding work as a properties maker on a local production, We Are Like This Only 2 by HuM Theatre.

At NIDA, Daniel worked as a Properties Assistant for two 2017 productions, Eurydike + Orpheus and The Country Wife. In 2018, working with his classmates, he created an adaptation of Shaun Tan’s The Rabbits for a puppet show and worked as both a puppet maker and puppeteer on a live production of it. He worked as Properties Maker on the end-of-year Directors’ and Designers’ Graduating Productions (Hedda and Le Mariage Forcé).

In 2019 Daniel was Properties Supervisor on pool (no water). He spent seven months working on his masterwork, a research project, where he focused on mechanics by exploring 1800s self-playing musical instruments.

Daniel is currently interested in exploring self-performing machines in entertainment.

Other Productions
Chinese New Year 2019 (Pink Cactus) - Props Maker
We Are Like This Only 2 (HuM Theatre, Singapore) - Props Maker/Crew Hand