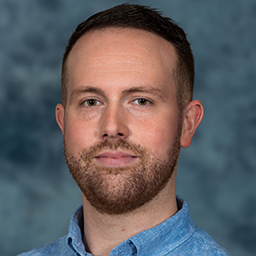 Hamish is a Sydney-based production and costume designer specialising in theatre, film and television. As well as being an innovative designer Hamish is also a talented fabricator, often taking a hands-on approach to set and costume design. A keen eye for detail and an interest in model making has led Hamish to make set models for Sydney Theatre Company, Melbourne Theatre Company and Opera Australia productions.

Hamish attended the Design Centre Enmore where he attained a Certificate III in Design Fundamentals in
2015 and Diploma in Live Production Design in 2016.

During his time at NIDA, Hamish explored his interest in screen design through projects such as the triple j Unearthed collaboration for which he designed a music video for Unearthed artist Yi-Lynn called The Butcher’s Wife (see below). He also worked as a co-designer and director on the short film Alienated.In 2019, Hamish worked on Ophelia, an immersive video-based theatrical work and Weimar Kabarett for the
performances of Surabaya Johnny and Writing’s on the Wall. Hamish also realised his set and costume designs for the Nick Enright and Max Lambert musical Miracle City directed by Hayden Tonazzi as part of the NIDA Festival of Emerging Artists.