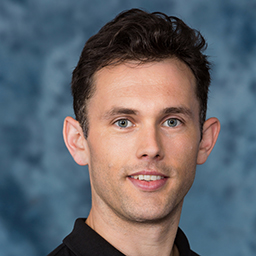 Having completed two years touring Europe, the USA and China as one of the ‘Young Irish Tenors’, performing in venues such as The Hall of the People, Beijing, Munich’s Philharmonic Hall and alongside Dolly Parton at her residence ‘Dollywood’ Tennessee, Tadhg went on to help develop another show The
Celtic Kings while back in Ireland where that ‘difficult to spell’ name comes from.

Alongside his Bachelor of Education (Primary Teaching) from Trinity College, Dublin, and a year in Kolkata, India as an Education Coordinator for The Hope Foundation, he continued to perform with companies such as RIAM, Dublin, Opera Ireland, The Estonian National Amateur Choir and ICW Productions in Perth, eventually arriving at NIDA.