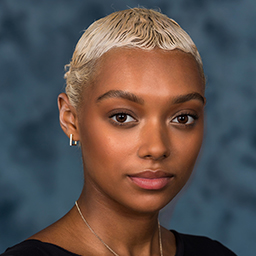 Having decided at a very young age that performance was her passion, her family supported her in engaging in a range of extracurricular programs to facilitate that dream.

At age 12 she was accepted into Newtown Performing Arts High School where she furthered her creative education with a focus on drama. In 2018 she was cast as a lead in Arundati Thandur’s short film Bird.

During her time at NIDA Sophie has developed a keen interest in Applied Theatre, the development of her own work and tackling issues around diverse representation.

Raechyl formed her love of language, words and communication through a lifelong passion for books and film.