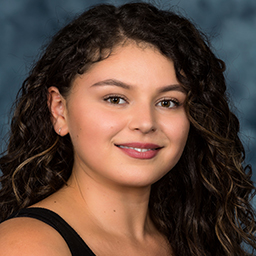 Born and raised in Melbourne to Turkish parents, Melissa grew up both in Turkey and Australia. Prior to NIDA, she spent two years at RMIT University where she studied directing, filmmaking, and dramaturgy. Melissa was awarded a full scholarship to study Comedy and Improvisation at The Second City (Chicago) and Acting at Susan Batson Studio (New York). She is a graduate of the part-time acting program at 16th Street Actors Studio.

With a background in writing and musical theatre, Melissa co-wrote and starred in the Australian musical Suitcases, Baggage, & Other Synonyms, which enjoyed sold-out seasons in numerous theatre festivals including the Melbourne International Comedy Festival and Melbourne Fringe Festival. She made her television debut in ABC’s Australia on Trial: Mount Rennie Outrage as Mary-Jane Hicks.

At NIDA, Melissa chose the Classical Theatre elective and served as a representative on the NIDA Student Council. She has participated in public readings of new work at NIDA, Kings Cross Theatre, bAKEHOUSE, and film projects with Australian Film Television and Radio School (AFTRS).

Melissa is currently developing multiple projects to be produced in 2020.

As well as being an actor, Mabel is excited to continue working on every facet of her skill as a performance maker, making work that reflects the diversity of our world, championing the stories of the Asian-Australian community.