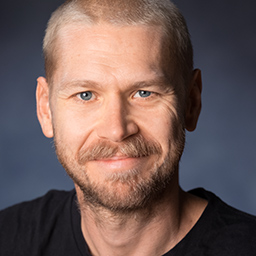 He is passionate about storytelling, in its varying forms and guises – believing it to be an intrinsic and integral part of human existence, experiences, and evolution.

Prior to walking the halls of NIDA, Peter completed a Bachelor of Performance at Theatre Nepean (UWS). He considers himself fortunate enough to have worked with a multitude of talented artists over the years, and to have had the opportunity to operate out of numerous great local venues such as The Seymour Centre, The Old Fitzroy Theatre, New Theatre, Riverside Theatres and The Joan Sutherland Theatre. Peter currently has a number of feature films in post-production stages: Shift (Scarlet Fire Films), Dead Sunrise (SHH Hybrid Arts), The Quarantine Hauntings (Biasi Entertainment and Morning Starr Productions) and Degenerates (Good Yarn Productions).

Not bound to one specific discipline, Peter considers himself a storyteller. He sees that we are all walking, talking, breathing meaning makers, and has a keen interest to engage and communicate with others via this wonderful human artform of experience, exposure, and entertainment.

Peter strongly believes that we need to be generating and telling more new (Australian) stories on a more regular basis and is a firm advocate for the production of these stories. He believes that (our) voices need to be heard – and that the many diverse voices that exist within our assorted cultural spheres demand attention – and likewise demand the platforms within which they can exist, flourish, thrive, and truly be nurtured.