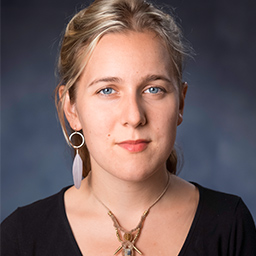 Alice is a bold writer and artist with a background in performance art, songwriting, poetry and novel writing. She graduated from The University of Queensland with a major in Aboriginal and Torres Strait Island Studies (Music) and a keen focus on politics and anthropology. Her written voice is both poetic and blunt as she endeavours to explore themes often silenced and offer artistic contributions of cultural significance.

She is the recipient of three grants from the Australia Council for the Arts for her work as a songwriter, and the Northern Rivers Writers Centre residency for her novel manuscript Women Who Change the Engine Oil. She wrote and performed her theatre show Beauty and the Billboard at Brisbane Fringe Festival in 2015 after collecting community responses to ideas about the body, insecurity and self-respect.

Her work is often feminist and philosophical, with her current play The Terrarium exploring mother-daughter relationships, isolation, love and neglect. Alice is interested in the radical in art and ways to share creative spaces that are healing for people personally and collectively. With a focus on cultural wellness, collaboration, emotional intelligence, historical understanding and social change, Alice’s writing is notably honest, confronting and moving.

Studying Writing for Performance at NIDA has led Alice to fall in love with the possibilities of theatre and film, the potential for catharsis, storytelling and the profound limitlessness of the psychological and spiritual space of the stage. Alice follows the equation ART + HONESTY = ALCHEMY to guide her artistic practices.