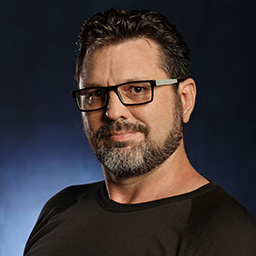 Prior to starting at NIDA, Ray had a 27-year career in graphic design and finished art. Having trained vocally as a baritone, he participated regularly in community theatre – both in musicals and opera, mostly on the performance side. He also performed as a small ensemble vocalist in community and professional spheres.

In 2009, Ray lived abroad in Belfast, Northern Ireland where he was afforded the opportunity to work professionally as both a Stage Manager and Vision Designer for Replay Productions, who specialise in theatre for education. From 2009–2013, Ray worked collaboratively to provide graphic content and design for the Groundling Award-winning The Empty City (2013), produced by Maps for Artists and Brisbane Powerhouse and directed by David Fenton.

Ray received further acclaim for his video content and system design for Oscar Wildʼs De Profundis in 2015, which received a Matilda Award nomination and was praised by critics.