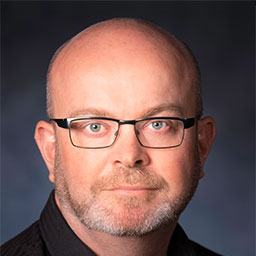 Martin has designed for theatre and events both nationally and internationally. He has lit many for the Ensemble Theatre including Six Dance Lessons in Six Weeks, End of the Rainbow and Kids Stuff; Love Loss, and What I Wore and Celebrity Autobiography at the Sydney Opera House; Shakespeare’s R & J and Just Macbeth for the Bell Shakespeare Company; The Hatpin, Love Song, LoveBITES, Bang, Belongings and Unholy Ghosts for White Box Theatre; Fairy’s Wings, Worry Worts, Bugalugs Bum Thief and Sprung for Monkey Baa; Next To Normal for Doorstep Arts; Satango and The House On The Lake for the Griffin Theatre Company; Sunset Boulevard and Promises, Promises for The Production Company; and Letter To Larry for CheepUk in the Theatre Nesle, Paris.

Martin is possibly best known for his spectacularly theatrical lighting of the Sydney Harbour Bridge (the Bridge Effect) from 2000 to 2007 for New Years Eve, which has brought him international renown.