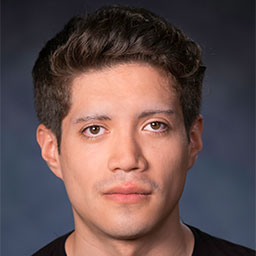 Javier Angeles hails from Mexico City where he originally studied architecture and urban design at the prestigious Ibero American University.

Throughout his studies Javier worked with one of Latin America’s top set designers, Sergio Villegas, on the highest-grossing Spanish musical Hoy No Me Puedo Levantar.

Javier went on to join the team at New York-based Thor Urbana Capital where he designed and fitted out luxury premises for Carolina Herrera and Max Mara. He also helped design the massive resort complex of Mirage Los Cabos with acclaimed landscape architects Girvin Associates and Elkus Mandredi Architects.

As a side project, he launched his own successful lifestyle magazine for Mexico City’s design elite where he secured photo shoots and interviews with major Latin American celebrities. As editor of the magazine he travelled internationally to France, Portugal and Spain for stories, where he is proficient in all languages.

Javier moved to Sydney earlier this year for his MFA, where he is contributing his unique and refreshing voice and vision to NIDA.