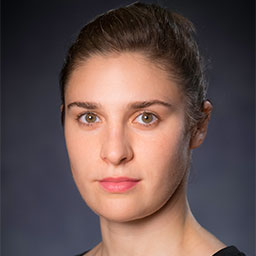 While completing a Bachelor of Arts (French and Political Science), Alice undertook an exchange at Sorbonne University, Paris, where she took a number of electives in theatre. She had always been passionate about art and live performance and this experience cemented that interest, leading her to pursue a career in the creation of properties.

On her return to Australia, while taking a carpentry course at TAFE, she interned at the Queensland Theatre Company, working on a variety of shows for the 2013 season. Alice has volunteered for The Game at the Woodford Folk Festival for several years, assisting with props-making and set-building. She worked in the painting department on the film Unbroken and as a Set Decorator on Pirates of the Caribbean: Dead Men Tell No Tales (still incomplete due to Johnny Depp’s dog incident).

During her studies at NIDA, Alice undertook industry placements at Erth Visual & Physical Inc. and at Puppet Kitchen Productions in New York.

Alice is especially interested in creating inflatable environments, puppets and sculptures, and looks forward to continuing to refine her skills and knowledge while working in the performance industry.