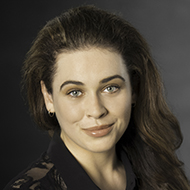 As a fourth generation actress, Julia's fascination with the performing arts set in early and set in deep.

Raised in Melbourne, Julia performed in workshops as a teenager with the Melbourne Theatre Company and Malthouse Theatre. She performed on stages such as the Arts Centre Melbourne and Hamer Hall, and with companies including Broken Mirror Productions (A Midsummer Night's Dream, 2009) and the Heidelberg Theatre Company (Alice in Wonderland, 2010; A Lion in Winter, 2012). She appeared in the short films Jesus Loves You and Tropfest Jr finalist Big Bad Baz. Upon completing high school in 2011, Julia left Australia for London to complete intensives in Shakespeare and later Voice with the Central School of Speech and Drama, and Contemporary Drama with RADA. Fifteen countries later she returned and successfully auditioned for NIDA.

Julia is an ongoing collaborator with Melbourne-based Body Art Theatre (B.A.T.) and artist Wendy Fantasia, performing as a living canvas and model. Julia's writing and poetry have been published in journals including The Hole Hog and Maggie Journal.

Outside of acting Julia practises yoga, is an avid Tarantino enthusiast, and is heavily embroiled in the search for the best long black in Sydney.