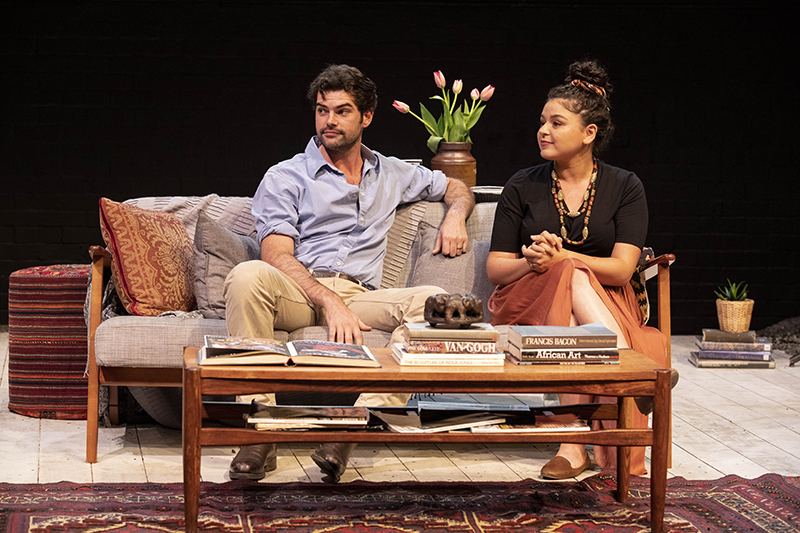 Actor Melissa Kahraman found herself part of the NIDA cohort who completed their training just in time for the industry shutdown of 2020. At this year’s graduation ceremony, hosted by Baz Luhrmann, Melissa was awarded the Leslie Walford AM Award to finance the first stage of a feature film about her life growing up in Melbourne’s Turkish community.

Represented by Shanahan Management, who also represent fellow NIDA alumni such as Sarah Snook, Hugo Weaving and Sam Worthington, Melissa completed NIDA’s prestigious Acting degree at the end of 2019. ‘There was a lot of momentum – I had theatre projects booked, lots of screen auditions, it felt like it was all happening. 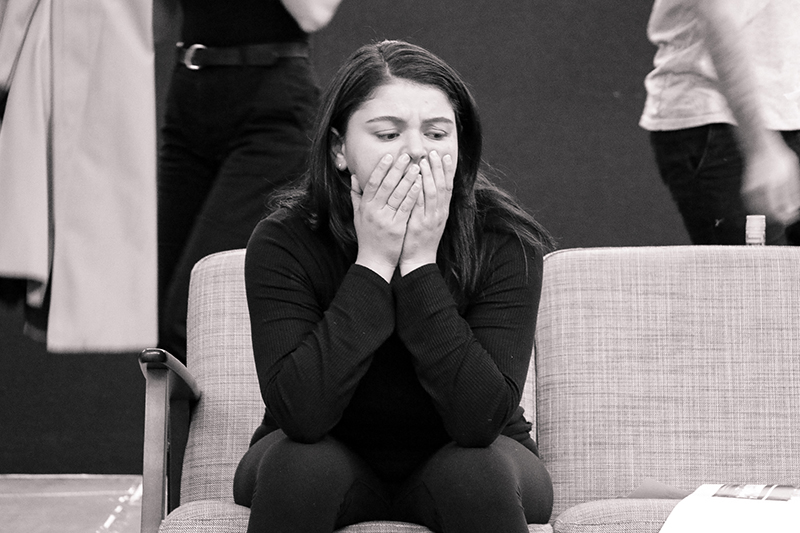 Melissa Kahraman rehearsing for her graduating production, God of Carnage in 2019

‘After Covid put a stop to our industry, and thanks to the financial support of the Leslie Walford AM Award, I’ve been able to focus this year on developing my film script.’

Her feature film follows the story of a first-generation Turkish Australian woman who begins to take ownership of her life, questioning in the process her role in her family, her obligations to her Islamic community, and her faith.

‘I do not profess to be a spokesperson for a wider community, the narrative I’ve developed is one person’s story: it’s really personal, loosely based on my life and the experiences that shaped who I am today. 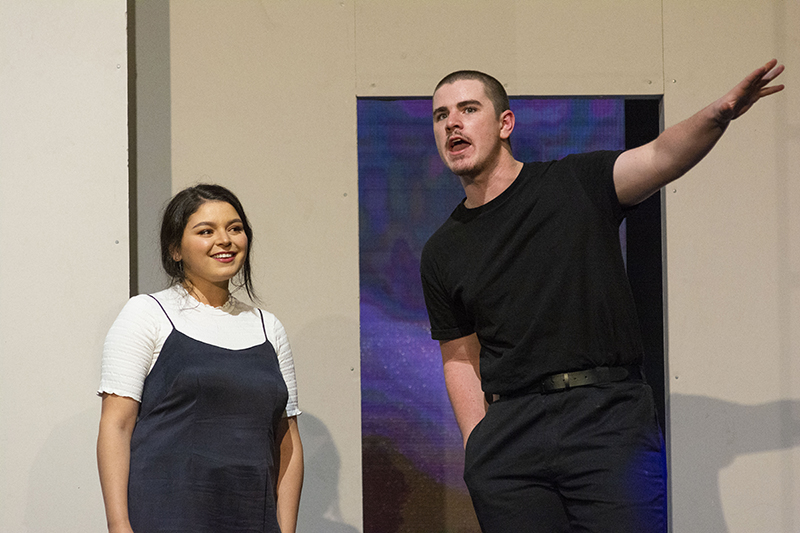 ‘Part of the reason I’m writing the film is that I do not see myself or the Middle Eastern and Mediterranean community represented on Australian screens in ways I can identify with. I hope my community and others will watch it, understand it and identify with it. I hope I make them proud.

‘For non-Muslim, non-Turkish audiences, I think what they will be most surprised by in the film is the normalcy of the people and their lives. It’s a relationship story; the characters just happen to be Muslim. They’re working three or four jobs to provide for their families, and recovering from a traumatic event that’s happened in their lives.’ 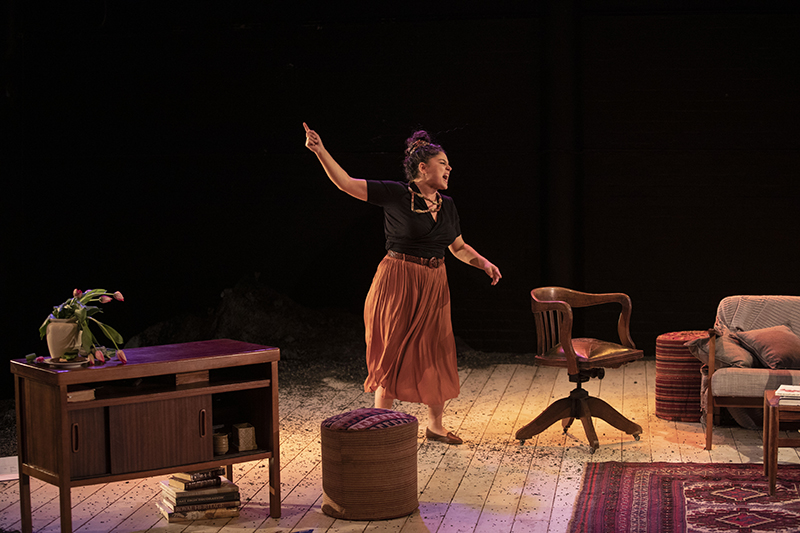 Another negative stereotype the film counters is around Middle Eastern men. ‘Often, in conversations I’ve had with people from various communities, something that kept coming up was how Middle Eastern men are viewed as being “oppressive” with the women in their families. My experience couldn’t be further from that. If anything, my mother makes all the rules while my father is a singer and a romantic. I’m very close with my parents, so I wanted to explore that relationship in the film.’

Melissa will use the Leslie Walford AM Award to assist in filming a proof-of-concept reel as part of further applications to funding bodies such as Screen NSW, Film Victoria and Screen Australia. ‘I  plan on having the proof-of-concept reel finished within 12 months, so I’m spending the year on script development and have been working closely with key creatives. 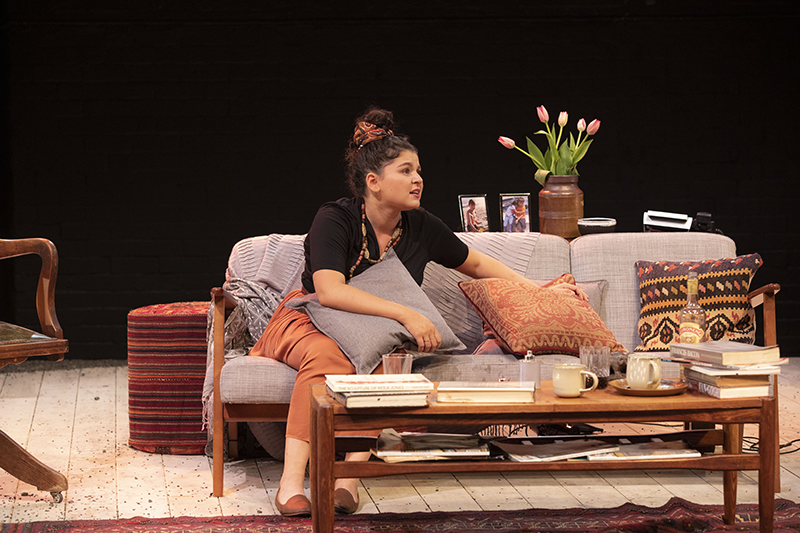 ‘I would love to film in Melbourne. A lot of the scenes I’m writing I can picture in my grandparents’ house, the kebab shop my dad was running, the community I grew up in. I call it Little Turkey: our neighbourhood had a Turkish supermarket, a Turkish bakery, a Turkish video shop. My mum was the local hairdresser, so I was always guiding strangers up our driveway and offering them tea or coffee.

‘The proof-of-concept reel will be filmed in Sydney, but using that reel I’ll be applying for further funding to make the feature, which is a long-term goal. Hopefully if that happens I’ll be filming in Melbourne. I want to take it back to my community – I want them to look at streets and buildings in the film and recognise them.’

The Leslie Walford AM Award is administered by the Seaborn Broughton Walford Foundation. NIDA thanks them for the assistance they give our students, making important Australian storytelling possible.