Why we make theatre 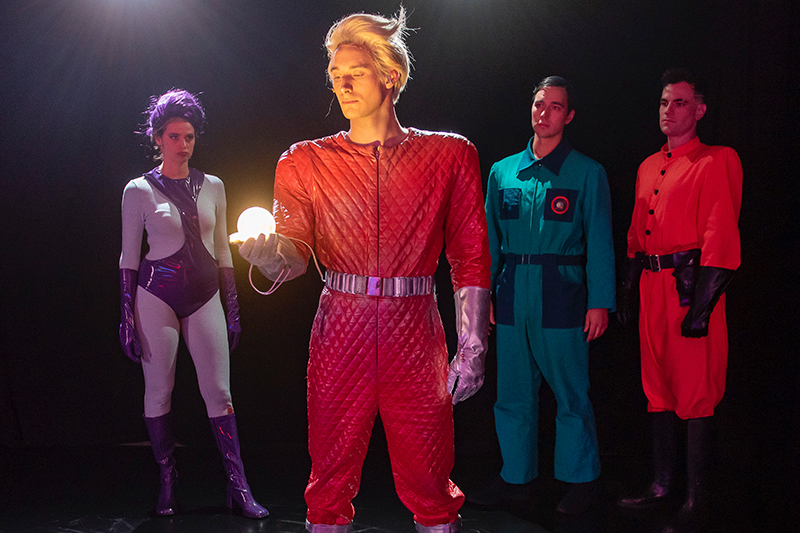 The Digital Theatre Festival comprised six world premieres of works written specifically for the online digital space. Many were transmedia or interactive in nature, with specially selected mediums such as Twitch, Zoom and Instagram.

The festival was covered internationally by Forbes, The Guardian, No Proscenium, Broadway World, and broadly in Australian media, including a visit from ABC TV to speak to our students.

NIDA CEO Liz Hughes said, ‘From the very beginning of deciding to take our theatrical production season online, it has been inspiring to see the creative collaboration and problem solving that pushed the boundaries of performative storytelling at every turn.

‘It is humbling to be surrounded by such incredible creative talent and as an audience member to share experiences of delight, surprise and wonder.’

David Berthold, NIDA’s Director Centre for Creative Practices and curator of the Digital Theatre Festival, said, ‘I’m in awe. The astonishing level of achievement – across writing, acting, design, construction, project management and technical wizardry – was more than any sane person could even have expected.

‘These new adventures into storytelling struck at the heart of why we make theatre and what keeps it useful, and reminded us that theatre is the most communal of artforms. The stories opened up generously to audiences, and were delivered with style and sting and enormous heart. An inspiration.’

Sean Stewart, who directed Roundabout from Los Angeles, said, ‘For me personally it was an honor and a privilege to work with the incredible students at NIDA. Their passion, work ethic, and can-do determination made this one of the highlights of my career.

‘Among other things, Roundabout was an attempt to blur the lines between cast, crew, and audience. Whoever you are, and whether you were one, two, or all three of those things, we are profoundly grateful that you took the time to be part of our show.

‘We can drop the curtain and raise a glass for the Roundabout toast: we pushed it as hard as we could, we got it spinning as fast as it would go, and then we hung on for dear life.’

Nigel Jamieson, who directed Lockdown: Love and death in the time of Covid, said, ‘Entering the acting profession at any time is a tough and precarious rite of passage. It is particularly daunting at a time when stages, rehearsal rooms, NIDA and all our theatres are closed, and our fragile industry teetering on the brink.

‘However, at this historic time, confronted by the potential collapse of our environment and endemic inequality, we need our artists more than ever to play a part in a process of change and renewal.

‘I hope this project has helped students sense that they do not have to wait passively for a phone call from a theatre or their agent, that in their back pocket they have a powerful device with which to communicate and make work, with potential access to an audience of millions.’

Although the live, interactive season has concluded, recordings of the six works featured in the Digital Theatre Festival remain online, free to view, until 20 September: nida.edu.au/digital-theatre-festival

At NIDA, Alexander particularly enjoyed shapeshifting for several roles including a 10-year-old boy, a sadistic tyrant, and an OCD-ridden Blockbuster employee.