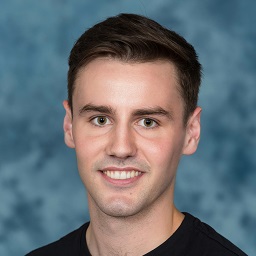 Nicholas is a writer and theatre-maker from the Adelaide Hills. In 2018, he graduated from the University of Adelaide with First Class Honours in Creative Writing and a University Medal. Prior to this, he studied acting at the Stella Adler Studio of Acting through New York University’s Bachelor of Fine Arts program.
Nicholas has acted with several Adelaide theatre companies. In 2018, he produced two student productions with the University of Adelaide Theatre Guild, where he also served on the Board of Management. For his playwriting, Nicholas received a Merit Award (2019) and Senior Commendation (2018) in the Flinders University Young Playwrights Award. In 2017, he completed an internship with the South Australian Writers’ Centre.
Nicholas is passionate about connecting the creative arts with communities. While at NIDA, he was a member of the NIDA Climate Action group and assisted in rehearsals with Midnight Feast. He has also volunteered with the Australian Refugee Association and The Smith Family.
In the future, Nicholas hopes to combine his interests in writing and teaching, storytelling and scholarship, art and academia. He is a 2020 John Monash Scholar.

Anneke has worked in theatre professionally in the UK, Australia and internationally for over 35 years.