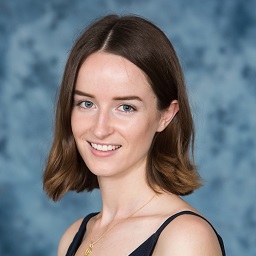 Grace has been writing since 2017, when she began writing to create work for herself as a performer.
Grace completed an undergraduate Bachelor in Economics and Communications at the University of Western Australia. Grace is fascinated by the ways relationships boom and bust, and the ways in which we fail to love each other as we desire.
In 2018, Grace was a participant in the Australian Theatre of Young People (ATYP) National Studio. The short play she wrote during this studio, Someday, was selected for programming as part of ATYP’s 2019 production Intersection: Arrival at Sydney’s Stables Theatre, and was published as part of an anthology by Currency Press.
In 2017, Grace founded theatrical production company Brushstroke Productions. With Brushstroke, Grace has written and produced two full length works, Murder? She Asked (2019), and Not All A Dream (2018), with incredible teams of collaborators. Grace is passionate about providing opportunities to other emerging artists.

NIDA's 2019 alumni from the Bachelor of Fine Arts (Staging) course.