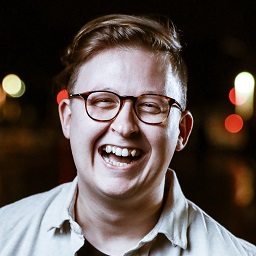 Hayden is a Sydney-based musical theatre and theatre director.
As a director of musical theatre, Hayden was nominated for Best Director in the 2018 Broadway World Awards for his production of Carrie: The Musical (The Depot Theatre, 2018), presented by his production company, Louis Ellis Productions. His other musical theatre credits include Parade by Jason Robert Brown (Seymour Centre, 2018), The Hatpin (The King Street Theatre, 2016), and this year he was Assistant Director on Starstruck: The Stage Musical, directed by Kim Hardwick.
While at NIDA, he directed the music video for Hope Wilkins single, Unstable, in collaboration with triple j Unearthed, Boys by Ella Hickson in collaboration with Actors Centre Australia, and Who’s To Say?, a devised piece with students from NIDA and the National Aboriginal Islander Skills Development Association (NAISDA). His graduation piece was the musical Miracle City by Nick Enright & Max Lambert, where he had the pleasure of being mentored by Darren Yap & Max Lambert throughout the process.
In 2020, Hayden directed a new Australian queer work titled This Genuine Moment or how I learnt to stop loving myself and lie, by Jacob Parker at The Old 505 Theatre, and completed a Director’s secondment on The Bridges of Madison County at The Hayes Theatre, and on Opera Australia's Handa Opera On The Harbour: La Traviata. His next project will be working as Assistant Director on a stage adaptation of The Day of the Triffids, presented by Squabbalogic Theatre Company for Griffin Theatre Company’s BATCH Festival.
He holds a Bachelor of Fine Arts from the University of Sydney, and in 2019 was recipient of Darlinghurst Theatre Company’s Emerging Theatre Makers program and the Young Vic’s Directors Program.

Gabrielle is passionate about set and costume design and is interested in both designing for the stage and screen.