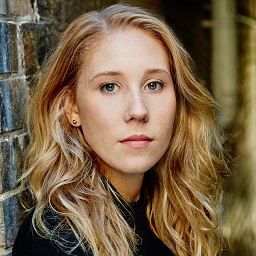 Charlotte was raised in Brisbane alongside her  three sisters. She started dancing and performing at a young age and was finally recognised as ‘somewhat cool’ in year 12, when she played Dorothy in The Wizard of Oz. After studying at the Queensland University of Technology, Charlotte taught high school dance and drama. She then moved to New York City where she studied a variety of techniques and training practices at institutes including The Juilliard School Evening Division, Peoples Improv Theatre, Broadway Dance Centre, and The Barrow Group.

At NIDA, Charlotte had the opportunity to explore her range as an actor while strengthening her existing musical, comedy and dance training. She continues to improvise with Improv Theatre Sydney, and write and film comedy, all while workshopping her original musical. Charlotte believes strongly in the power of psychology, mental health awareness and body positivity.


Wriitten and directed by Guy Edmonds

Luke is thrilled to have made the journey to NIDA and is looking forward to continuing a life traveling the world as a designer/maker for live performance and film.