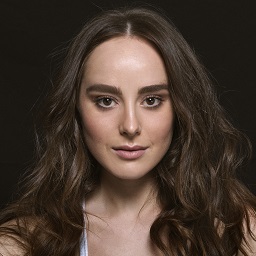 Ayla came to NIDA having already directed a short film that debuted at Cannes, acted in a Warner Bros.’ feature film, and won third-place internationally representing Australia as a public speaker at the 2015 International Plain English Speaking Competition – but becoming a NIDA-trained actor was her lifelong dream.

An accomplished triple threat, Ayla was raised by her mother, and spent her childhood training to a professional level in all styles of dance, singing and performance, encouraged by her large, loving French family.

At 13, Ayla landed her first role in Narnia: Voyage of the Dawn Treader (2008), and started working frequently on productions at Warner Bros. Studios during high school. This ignited a love of the industry, and by age 17 Ayla was awarded the Vice Chancellor’s Full Academic Scholarship to study a Bachelor of Film & Television at Bond University, graduating on the Dean’s List. At 20, she completed her Masters in Screen Directing at the Western Australian Academy of Performing Arts (WAAPA).

In 2015, Ayla’s first film, Good Girls, which she wrote, directed, and acted in, premiered at the Short Film Corner in Cannes. Her second film as a director, Average Joe (2016), screened on Channel 9 and won Best Film as voted by the 9Now audience. Ayla then directed the documentary 50/50 (2017), interviewing esteemed filmmakers such as Gillian Armstrong about the representation of women in the Australian film industry.

Never having lost her love of being in front of the camera, Ayla studied a Diploma of Screen Acting at WAAPA (2018) before moving to Sydney to study acting at NIDA. In 2020, Ayla was announced as an International Finalist for the Warner Bros.’ ‘Actors in Training’ Program. Ayla is excited to bring her new training back into the industry she loves and dreams of directing and acting in her own film and television productions.

Alexandra is a Sydney-based props maker interested in the intersection between traditional realisation and modern digital fabrication techniques.