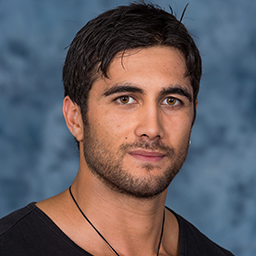 Ethan grew up in a small town called Wairoa in New Zealand, and always dreamed of being an actor from a young age.

Ethan is of Maori descent. As a child he loved watching movies, particularly martial arts movies, which sparked his early passion for acting and martial arts. He would often re-enact fight scenes in the backyard with his brother and cousins for fun. Ethan grew up in a musical family and began playing multiple instruments from a young age, performing in bands during his teen years. Aged 16, he had a dramatic turning point in his life and became the father to his beautiful daughter Aaylah. This shifted his focus away from his own dreams and wanting to be a good provider for his daughter, he decided to pursue a career in civil engineering. After years of being unsatisfied with work, Ethan decided to rekindle his dream of being an actor.

In his early 20s while living in Brisbane Ethan decided to take acting classes. Ten months later he was accepted into NIDA and made the move to Sydney to begin his training.

Ethan joined the cast of Home and Away in 2019.