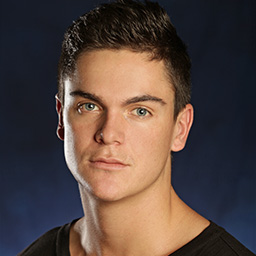 Kyle was born and raised in country Far North Queensland where he grew up on his family potato farm. Leaving the sticks behind, he was awarded a scholarship to study Architecture at Bond University where he developed a passion for storytelling through spatial design.

Kyle designed the set for The Chapel Perilous (New Theatre, 2017), co-designed set and costume for Blood Wedding (Tough Kids Productions, 2017) and NAISDAʼs 40th Anniversary Charity Gala, and was assistant designed for After The End (Kings Cross Theatre, 2016). Kyle has also designed a music video for May Lynʼs Soldiers while studying at NIDA. He is a recipient of the 2017 William Fletcher Foundation Tertiary Grant for emerging artists.

Kyle has a keen interest in digital modelling as an expanding design communication tool and to explore the interaction between technology and design.

With a focus on the development of kinaesthetic awareness to aid technical development, Laura’s teaching philosophy asks students to get out of their heads not by ‘not thinking’, but by ‘whole-bodied thinking’.