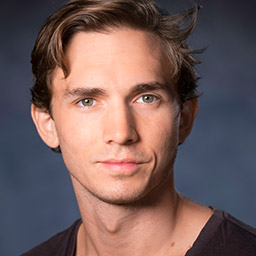 Born and bred in Canberra, Ross was the first in his family to be born in Australia. His parents emigrated from South Africa and Ross spent a lot of his childhood travelling and experiencing a vastitude of cultures from around the world.

In 2009 Ross graduated from the Australian National University completing a Bachelor of New Media Arts, majoring in Dramatic Arts. He also plays flute, piano and guitar.

After graduating, Ross continued to explore his practice involving himself in local pro-amateur theatre. He gained experience working for Headspace as a role-play actor teaching medical practitioners skills for dealing with youth who have mental health issues.

In 2012, Ross embarked on a year of overseas travel and participated in a Rally Challenge driving from London to Mongolia. It was on a long stretch of road driving across Kazakhstan that Ross had a realisation that a career in the Arts and acting was the only way his future would hold any appeal.

During his three years at NIDA, Ross has developed an affinity for physical theatre. He collaborated with a woodworking artist to create a movement-based street performance called Contain(ed) for the 2016 Art, Not Apart festival in Canberra.

As his education with NIDA comes to a close, Ross has never been more eager to begin his career in the industry, collaborating with like-minded professionals and delving into whatever the future entails.