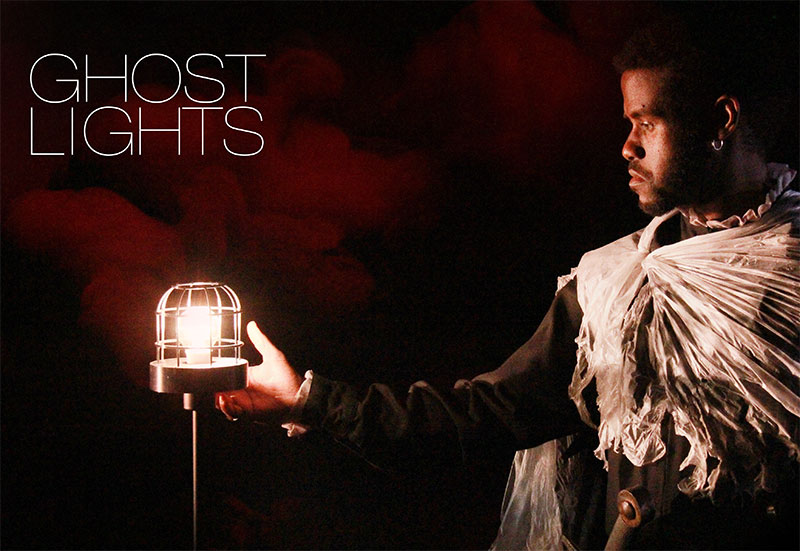 Concept and directed by Katy Alexander

For a richer experience you can also watch several microfilms, released before the show’s opening, that introduced show’s characters – Hamlet, Nora, Puck and The Manager – as they discover the empty stages and rehearsal rooms of Sydney theatre venues.

We’re glad you enjoyed our Digital Theatre Festival. If you would like to support NIDA, please consider making a donation. NIDA is a cultural bedrock for the performing arts industry in Australia. Your contribution will help the next generation of artists and ensure that NIDA remains a place of life-long learning and a cultural destination for all.

Don’t miss the powerful concluding performance of this international participative project, connecting audiences around the world in a celebration of the importance of theatre.

As all performance venues across the world went dark during the COVID-19 crisis, the old tradition of the ghost light was revived - leaving on a single naked bulb on a stand to ensure that an empty theatre is never left in total darkness.

Join us as some of theatre's great characters perform iconic monologues, and newly minted words. Untethered from their plays and plots, they have broken out. They roam the empty theatres, trying to connect once again. But being lost, they are also free… and appear in guises that might surprise as they speak their new-found truths.

Ghost Lights was directed by theatre and new media artist Katy Alexander, who was resident director at California Institute of Arts and trained with Robert Lepage and The Builders Association (NYC). The concept for the show is Katy’s, featuring text by Henrik Ibsen, Luigi Pirandello, Stephen Sewell and William Shakespeare.

Back to Digital Theatre Festival

Suitable for all audiences

Ghost Lights participants are required to seek permission from the copyright holder of their chosen script prior to recording and uploading a monologue, unless a work is now in the public domain.

Hayden is a Sydney-based musical theatre and theatre director.