The National Trust (NSW) and the National Institute of Dramatic Art (NIDA) have reconstructed a bag of mysterious yellow silk fragments into a historically accurate 18th century dress.

A collaboration between the National Trust and NIDA has revealed a remarkable fashion find. After exhaustive research, a bag of rumpled silk fragments found in a storage bag at Old Government House has been pieced back together, revealing an 18th century dress that was recut four times over three centuries.

The yellow silk was donated to the National Trust in the 1970s, however little was known about its history or provenance. The National Trust approached NIDA to see if their design students could help research the silk and put it back together.

After careful examination, NIDA students Lucy Francis and Jasmin Gray found the dress had been cut and resewn four times over its lifetime to reflect changing fashions, dating 1740, 1770, 1880 and 1940.

Remaking dresses was common practice in past centuries, when fabric was expensive, and labour was cheap. It’s possible the silk was made by English textile designer Anna Maria Garthwaite, a leading designer of her time, known for vivid floral designs hand-woven in Spitalfields, London.

The NIDA students have restored the dress to its second version (circa 1770) and made a replica of the original dress (circa 1740).

Rebecca Pinchin, National Trust Collections Manager said: “The Yellow Dress project is a remarkable story of discovery and collaboration. Not only have we solved the mystery of the yellow silk, Lucy and Jasmin have also transformed this 280-year-old fabric into two marvellous garments for everyone to enjoy. This shines a light on just how much value a new generation of creatives can bring to our historical collections.”

NIDA CEO Liz Hughes said: “Great to see this industry collaboration with the National Trust and NIDA. This is a terrific project that speaks to the curiosity, imagination and craft skills of NIDA students Lucy and Jasmin, who have brought to life wonderful garments from the past and who will no doubt imagine our futures.”

The original and replica Yellow Dresses will be on special display as part of the exhibition Prized Possessions: Works in the National Trust’s Collection, showing at the S.H. Ervin Gallery from 12 – 27 November 2022. 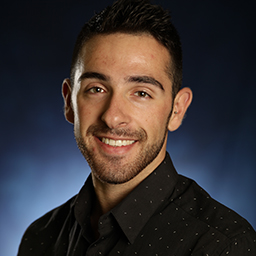 Joining the NIDA community from the United States, Luke completed a Diploma in Theatrical Design and Production at the Interlochen Arts Academy in Michigan with a focus on Costume.