NIDA’s October Production Season joins forces with leading organisations across theatre, dance theatre and opera to tells stories of transformation that are mythic, comic and tragic and always strikingly human.

The season of five productions includes collaborations with Sydney Theatre Company, Force Majeure and the Sydney Conservatorium of Music and showcases the talents of NIDA cohorts across Acting, Technical Theatre and Stage Management, Costume, Props, and Scenic Construction.

NIDA Artistic Director in Residence David Berthold said that it was important that NIDA students engage with artists and companies working in different artforms.

“NIDA students enter the profession working in every conceivable form of entertainment, so I think it’s important that they exercise those different muscles as part of their training. Our recent Digital Theatre Festival season embraced digital storytelling in various modes, and this season takes us into opera and dance theatre alongside spoken word drama.

“I’m particularly thrilled by the line-up of professional guest artists helming this season. Dino Dimitriades, CarissaLicciardello, Ian Michael, Danielle Micich, Eliza Scott and Clemence Williams have recently been making works of considerable potency. I’m so energised by what they have planned for this season.”

NIDA CEO Liz Hughes said; ‘Practise-based learning is at the heart of what NIDA does throughout the year. Most of this happens through small productions and creative projects on a daily basis, and then it is always terrific for the students to collaborate and share their work in our larger production seasons for audiences. The October productions brings together literally half the school and marks a key learning opportunity for all involved. It will be terrific to see their work come to life and to sit with audiences in darkened theatres to experience the magic of live performance across a range of entertainment forms.  .’

Co-produced by Force Majeure and NIDA

An IT worker, a killer whale and Arnold Schwarzenegger walk into a chat room…

IT worker Luke encounters a glitch he can't explain. It gives him this feeling – like when the kid touches E.T.’s finger – what’s that feeling called? The glitch opens Luke’s world into Reddit threads and wormholes and drives him into an impossible transformation.

Through live performance, video installation and sound, Eugene explores the power of expressing who you are – be it online, AFK or in those inexplicable moments like when that word is on the tip of your tongue – and then the rush when you find what that feeling really is.

This co-production with one of Australia’s most celebrated dance theatre companies is co-created and performed by Eliza Scott, an interdisciplinary artist working across performance, drag, sound and film, and co-created and directed by Force Majeure Artistic Director Danielle Micich.

Co Presented by NIDA and Sydney Conservatorium of Music

Mozart’s final opera transports us to a fantastical world of serpents, princesses, trials and mysteries. Good and evil battle, and truth and resolution are elusive.

We invite you to experience a world that feels like 1984 meets Alice in Wonderland meets The Wizard of Oz. Tamino, a prince, has lost his way. He journeys down a deep rabbit hole in search of his true love, Pamina, imprisoned in the Temple of The Sun. Together they navigate the trials imposed by the mysterious Sarastro and the trickery of The Queen of the Night and her cronies. A fairy tale for the ages.

Conducted by Stephen Mould and directed by Clemence Williams, this production teams Sydney Conservatorium of Music performers with NIDA technical theatre and stage management, costume, props, and scenic construction students to take you on a journey into a dream world where we hope we may find fulfillment.

ALL THAT GLITTERS IS NOT MOULD

When Jo Jo Johnson falls to her death while cleaning the windows in Mark Holden's Zen Garden, her story is appropriated by online conspiracy theorists, businesses and the media. What should be an open and shut case of death-by-ladder becomes fodder for speculation that Jo Jo was killed by toxic mould – the same mould that killed Britany Murphy.

Part inspired by real celebrity conspiracy theories and part pure fantasy, All That Glitters is Not Mould is a dark, satirical comedy that looks at the bleeding of public and private life. In a world where everyone is a brand and everyone has a profile, is anything sacred?

This inspiring collaboration between NIDA and Sydney Theatre Company is directed by STC Richard Wherrett Fellow Ian Michael and written by the STC Emerging Writers Group though a NIDA Commission.

“The knife, the knife! Damn the knife, damn all knives, damn the devil who created knives.”

Tommy Murphy (Holding the Man, Packer and Sons) brings his trademark wit and insight to his stunning version of Lorca’s tragedy of a woman loved by two men. Infused with the chaos of our contemporary moment, this is a bold vision of lost lovers, aggrieved elders and untethered tribal vengeance.

Director Dino Dimitriadis (Overflow, Cleansed) brings this visceral world to life, centring the tender and the beautiful in a world where sex, duty, lust and lineage collide.

“Your skin oughtn't to curl—ought it—when he just comes near you—ought it?”

Sophie Treadwell’s vivid expressionist masterpiece, inspired by a true story, is a treasure of the American theatre that offers a riveting look at the danger that can come from a life unlived.

Against the machine, a young woman is restless, is silenced, then revolts.

Carissa Licciardello (Opening Night) creates an adrenaline-charged portrait of a young woman, constrained by a society that favours men and money, who goes to surprising lengths to find agency in her life. 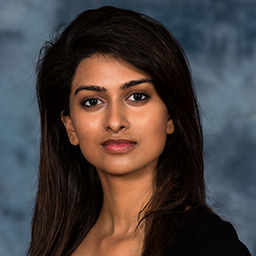