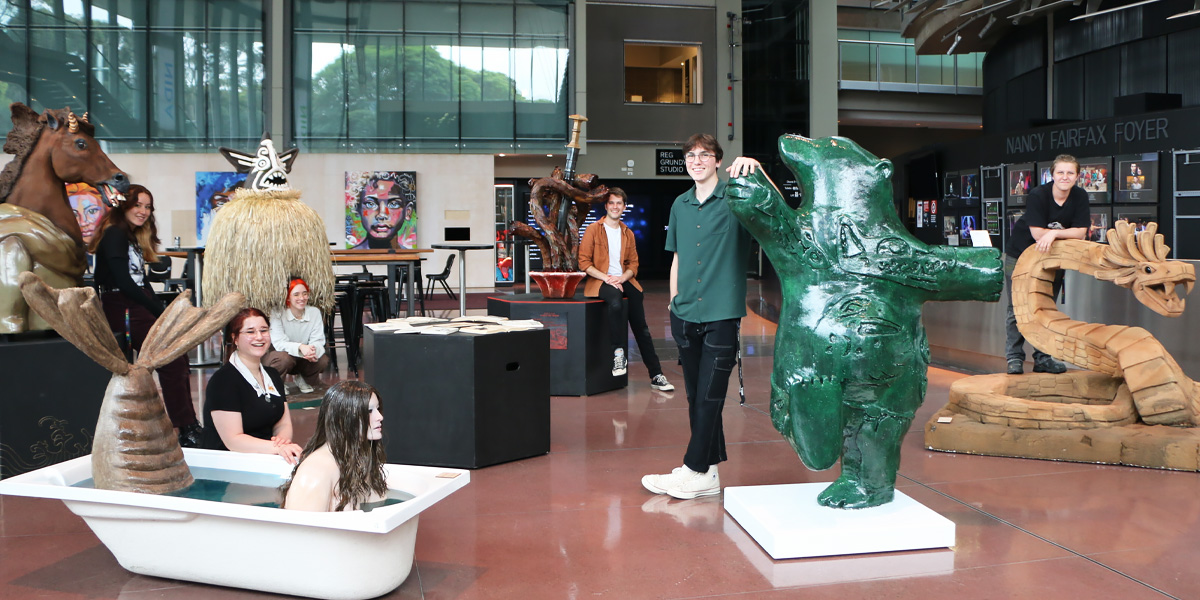 For their first major work of the year, our second-year BFA Properties and Objects students explored mythology from cultures around the world to craft large-scale sculptures, now on display at NIDA.

Originally conceived last year as a follow-on from their cultural artefacts project, the myths were brought to life as sculptural pieces, incorporating new skills and techniques that the students have been learning and perfecting during their studies.

As second-year student Gaia Stein explained, “Traditionally these projects were sculpted from polystyrene, but we’ve started to incorporate more technologies like 3D printing, as is done in the industry currently.”

Gaia was inspired by the myth of the selkie, known throughout northern Europe. The selkie is a being capable of changing from seal to human form by shedding their skin, and Gaia used the bathtub to symbolise the ocean, and the feeling of being “trapped between two worlds.” Gaia used 3D printing as well as polystyrene, and faux fur and faux hair to make the selkie as realistic as possible. 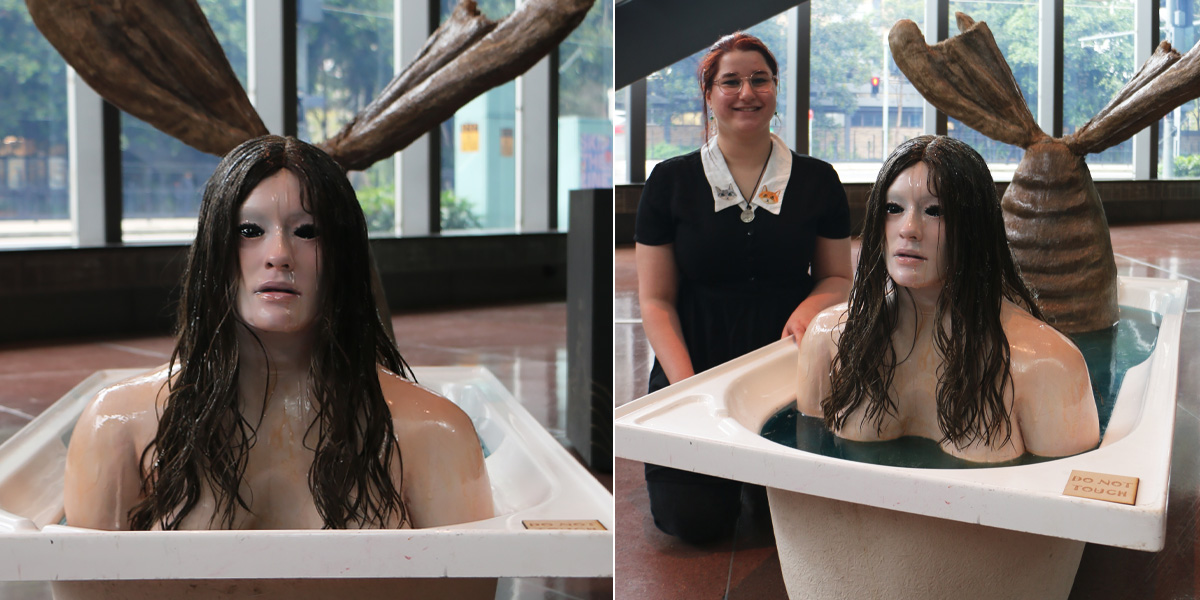 Above: Gaia Stein and the Selkie

Ari Gilbert’s Quetzalcoatl, which means feathered snake in Nahuatl language was carved from polystyrene and EVA foam, over a timber and steel armature. According to Ari, Quetzalcoatl was “god of rain, wind, agriculture, goldsmiths, knowledge, the morning star, war and corn.” 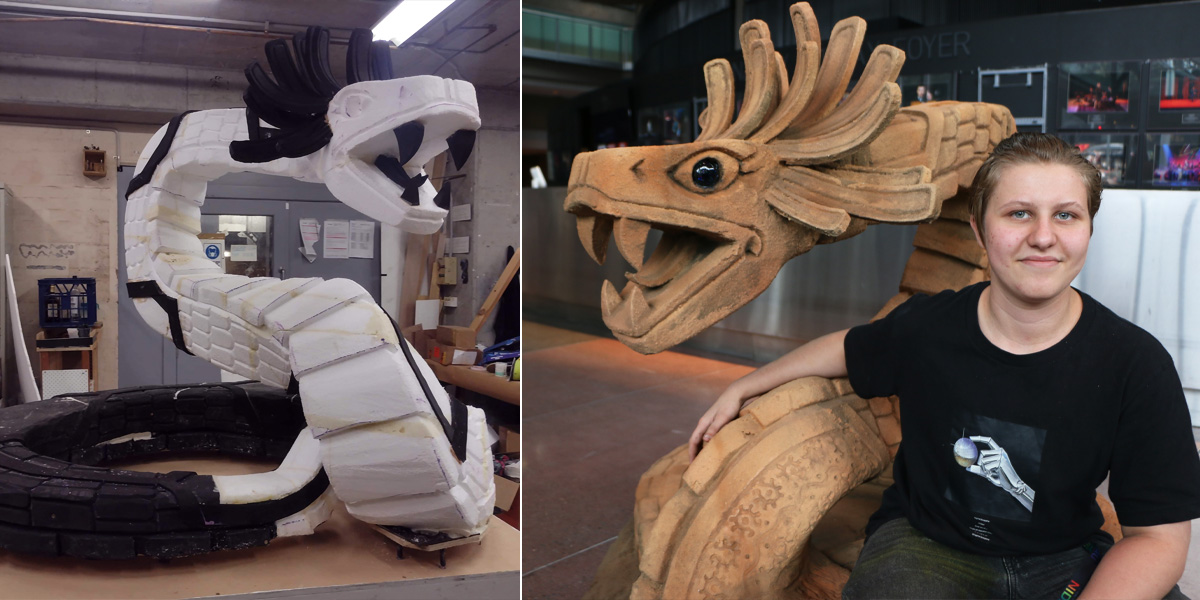 Ari Gilbert and the Quetzalcoatl

Based off the Papua New Guinean myth of the Masalai, Zali Kassi was inspired by the tale that her grandparents told her as a child. “It’s this creature that lurks in forests and often takes the shape of lakes and rivers and eats human flesh! My family’s from Papua New Guinea and I was terrified of those stories as a child, so I thought it would make a great subject for the project.” Zali’s Masalai is made from a steel armature, with a painted polystyrene head and legs and 3D-printed toes. 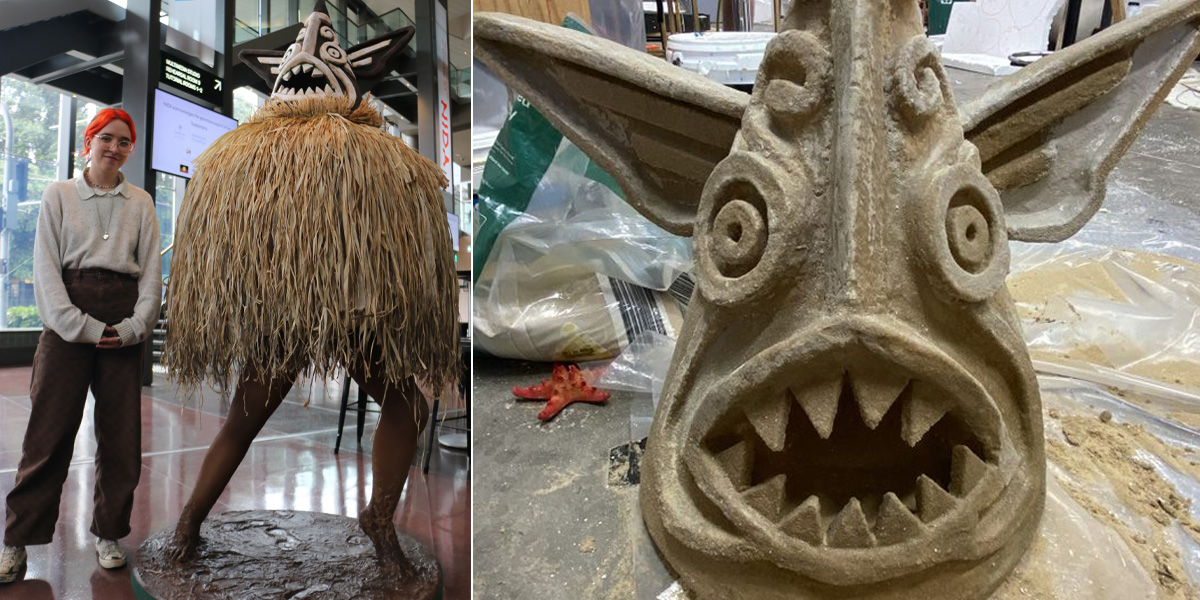 Above: Zali Kassi and the Masalai

The most prolific artwork in Inuit culture, Tanne Patterson was drawn to The Dancing Bear as it exemplifies the true beauty and craftsmanship of Inuit art and showcases the craftsman’s skills as a balancing piece. The bear was constructed using polystyrene sheets, with outer carvings made from laser cut EVA foam. The sculpture was then covered in sand and PVA, coated in plaster, scenic painted and covered in resin. 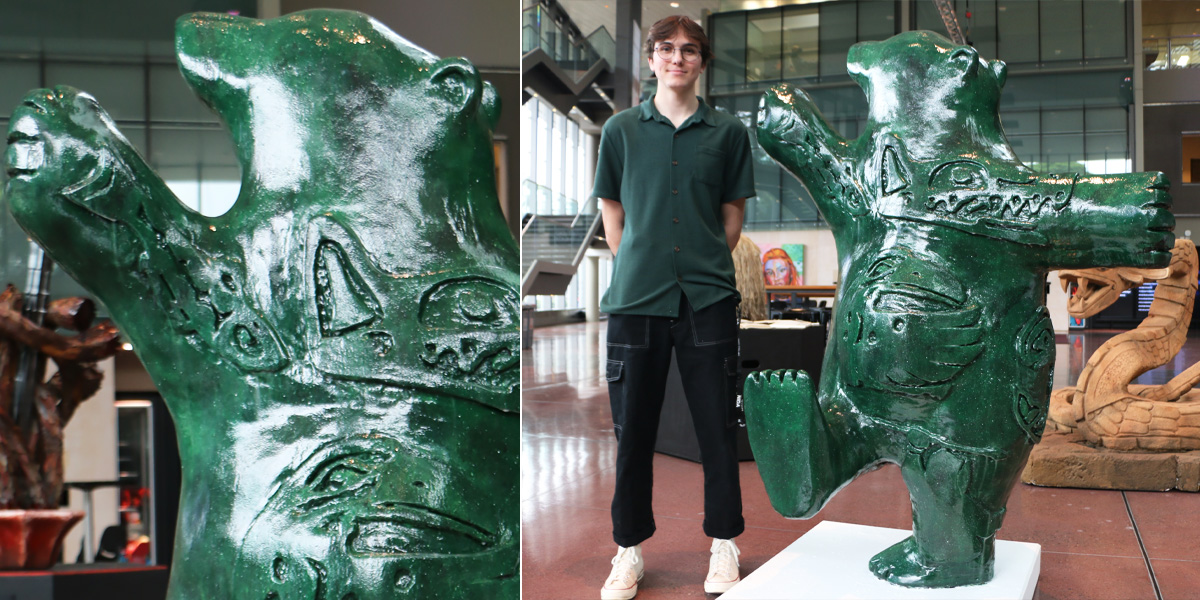 Above: Tanne Patterson and the Dancing Bear

Connor Palmer’s sculpture depicts a pivotal moment in the ancient Japanese Shinto myth Susan-no and the Eight-headed Dragon, in which Susan-no (the storm god) slayed Yamato-no-Orochi (the Eight-Headed Dragon) with a mythical sword. As Connor explained, “This represents Yamato-no-Orochi frozen in time and all eight dragon necks after they were beheaded, as he slowly becomes a tree.” Connor constructed the sculpture using ‘pool noodles’ supported by a steel base, with a 3D-printed sword and bowl. 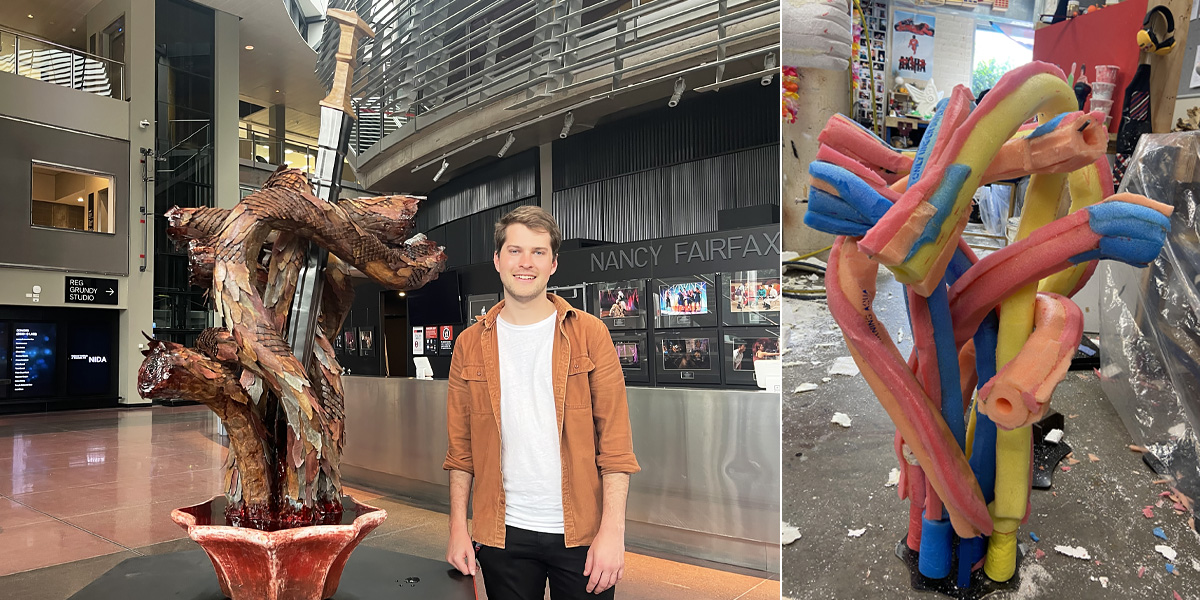 Above: Connor Palmer and Yamato-no-Orochi

Jess McIntosh was inspired by the ancient Chinese myth of the Dragon King, the fearsome guardian deity of oceans and seas, weather and all other dragons. “Typically he is a traditional Chinese dragon, however in some ancient texts he is said to have the head of a horse and a body of a human, so that’s what I went with.” 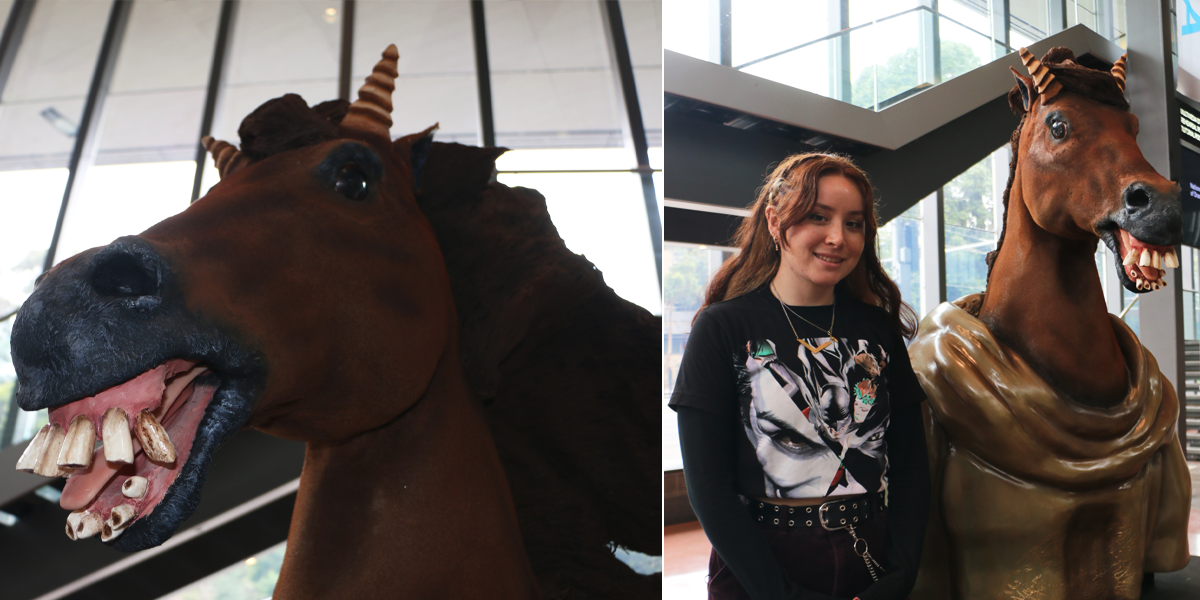 Above: Jess McIntosh and the Dragon King

Want to know more about the BFA (Properties and Objects)? Join us on OPEN DAY on Saturday 18 June 2022 – click here to register.