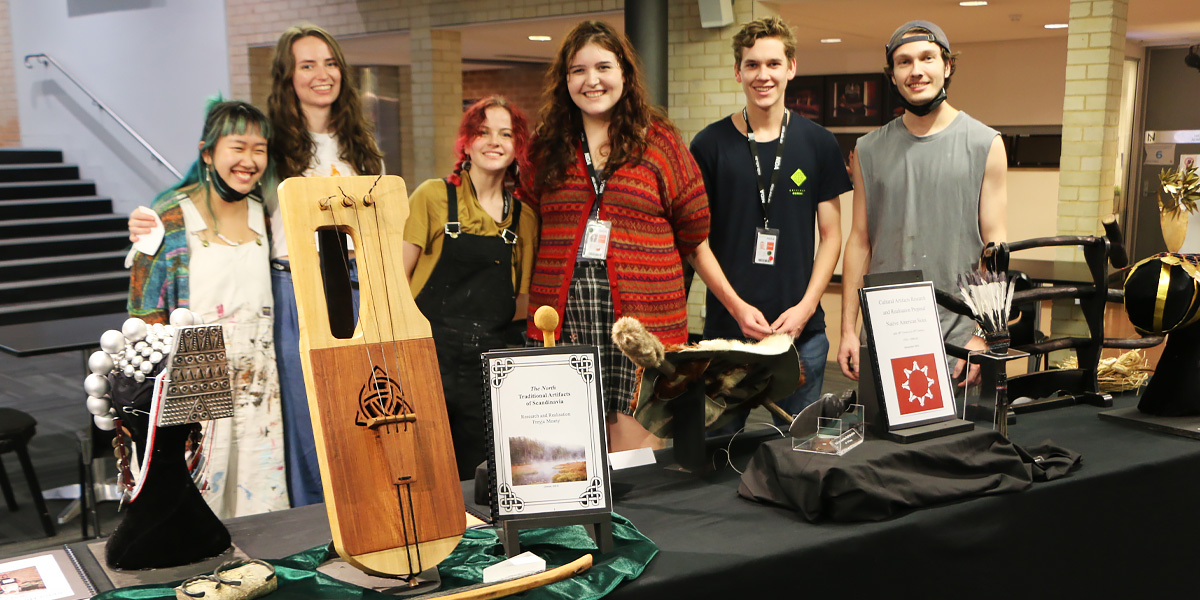 Taking inspiration from cultures and communities around the world, each student chose to research and create an artefact, using techniques like 3D printing, modelling, woodwork, metalwork and metal stamping, dyeing, beading, weaving and painting. 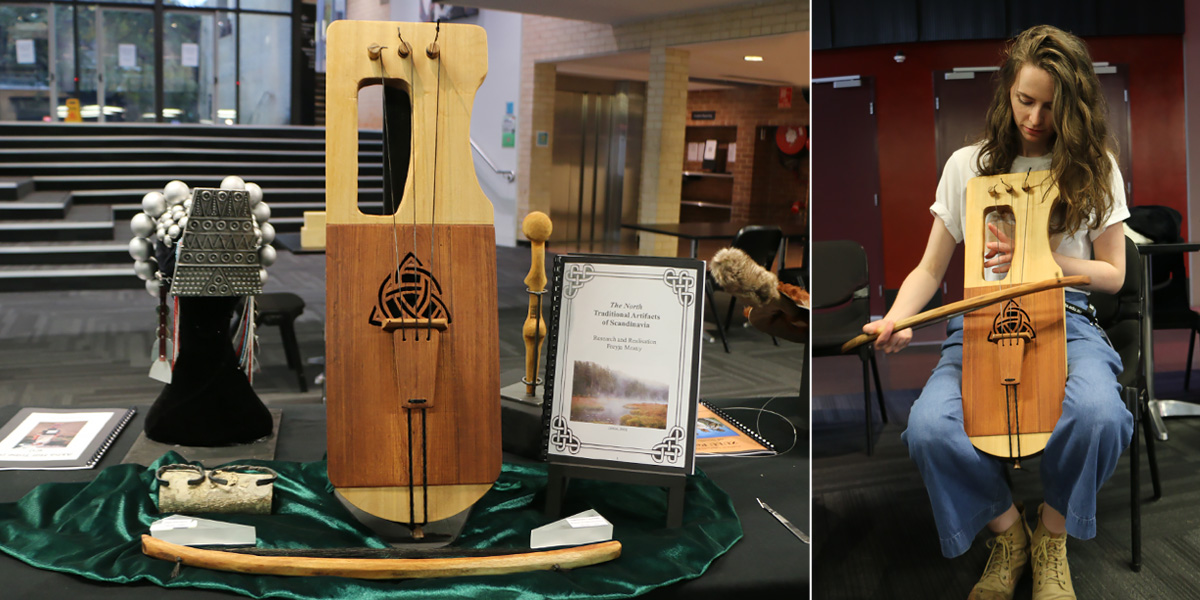 Above: Scandinavian artefacts and Freyja plays the tagelharpa

For Freyja Meany, inspiration came from her love for music and curiosity about Norse mythology and the meaning behind her first name. As a professional viola player, the Scandinavian tagelharpa was the perfect choice for Freyja to showcase her passion for music while also crafting a functional prop. She is excited by the idea of where music-making and prop-making may be able to intersect.

A chance to explore different crafts and hone their making skills, the artefacts also give us a glimpse into the interests and passions of the creators. 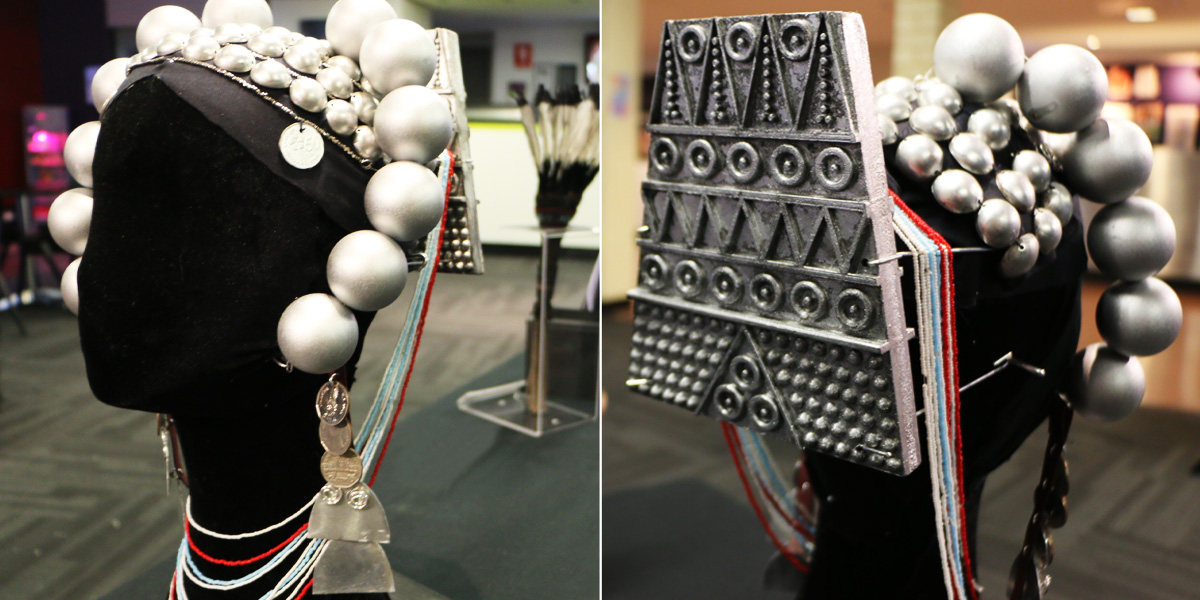 Samantha Lim was interested in the headdresses of the Akha Hill Tribes in Thailand, which are unique to the wearer and can represent her age, local tribe, social and marriage status. Samantha 3D-printed the back panel of her headdress and used stamped metal, traditional coins and beadwork to decorate the piece. 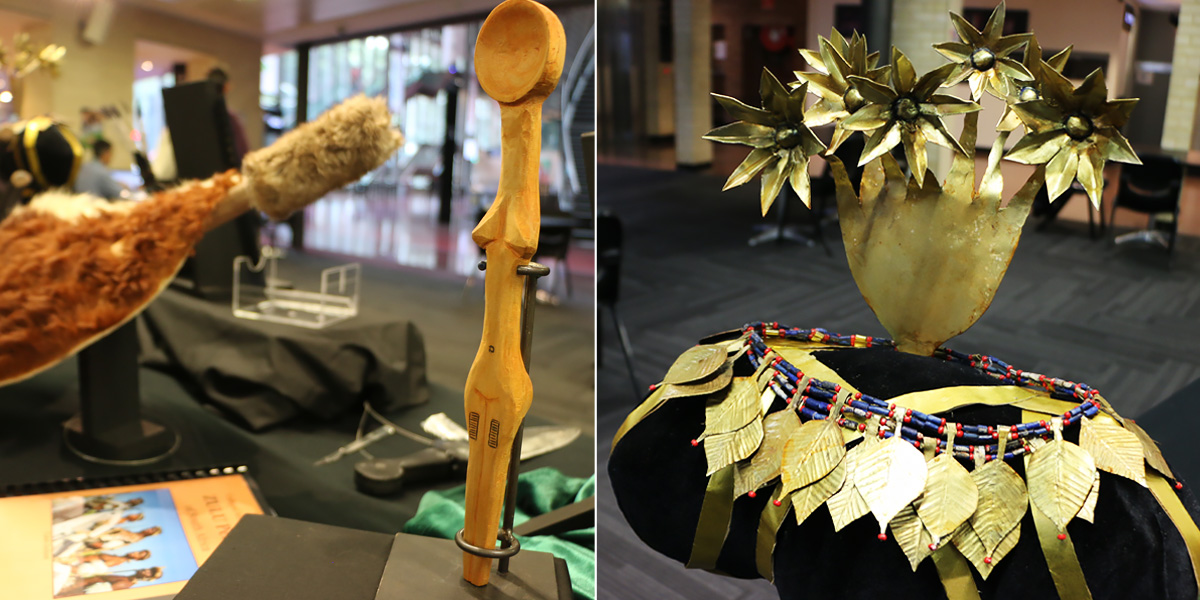 Caleb Jackson wanted to learn more about the Zulu people of South Africa and decided to create the Izinkhezo (ceremonial spoon) traditionally presented to a betrothed or newly married woman and carved out of wood to her likeness. Caleb also crafted an Igqoka (ceremonial dance shield) out of wood and cowhide.

For Georgia Raczkowski, inspiration came from the Queen Puabi’s headdress and comb, found in the Royal Tomb of Ur, and the fine craftsmanship of the Ancient Sumerians. The headdress is made up of gold leaves, two strings of beads, and a large gold comb decorated with gold flowers, and would have been buried with the body as an offering to the gods in the afterlife. 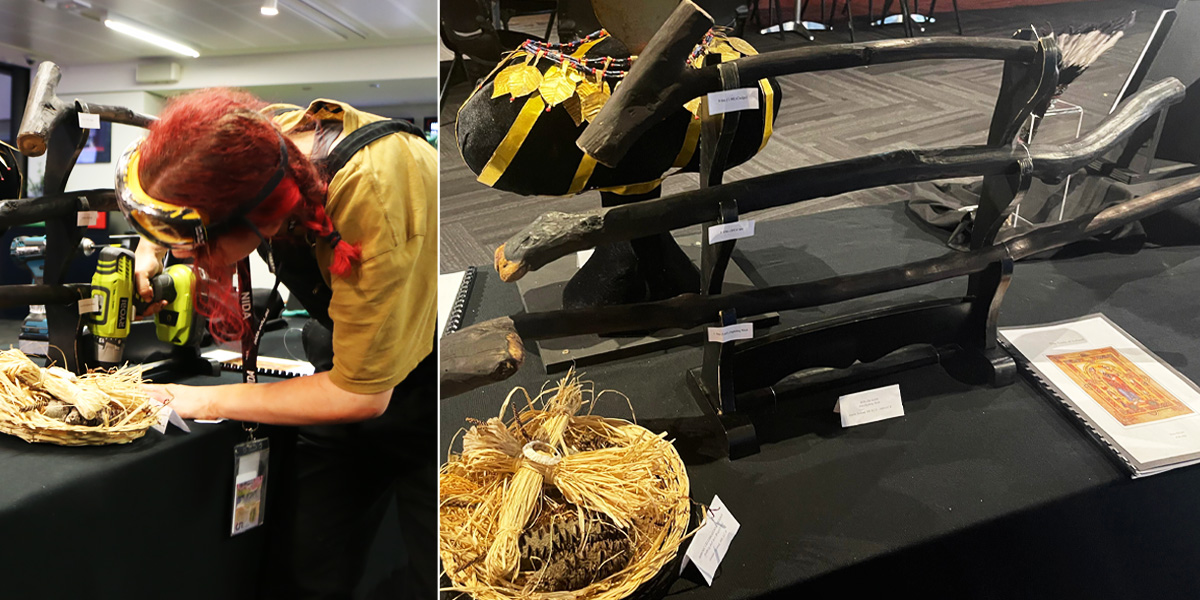 Grace McCann wanted to explore the Gaels of Ireland and chose to research and craft a set of shillelaghs, including a cudgel, a cane, and a fighting stick. Grace also created a Brideog Doll, traditionally made for St. Brigid's Day (also known as Imbolc) which marks the beginning of Spring. 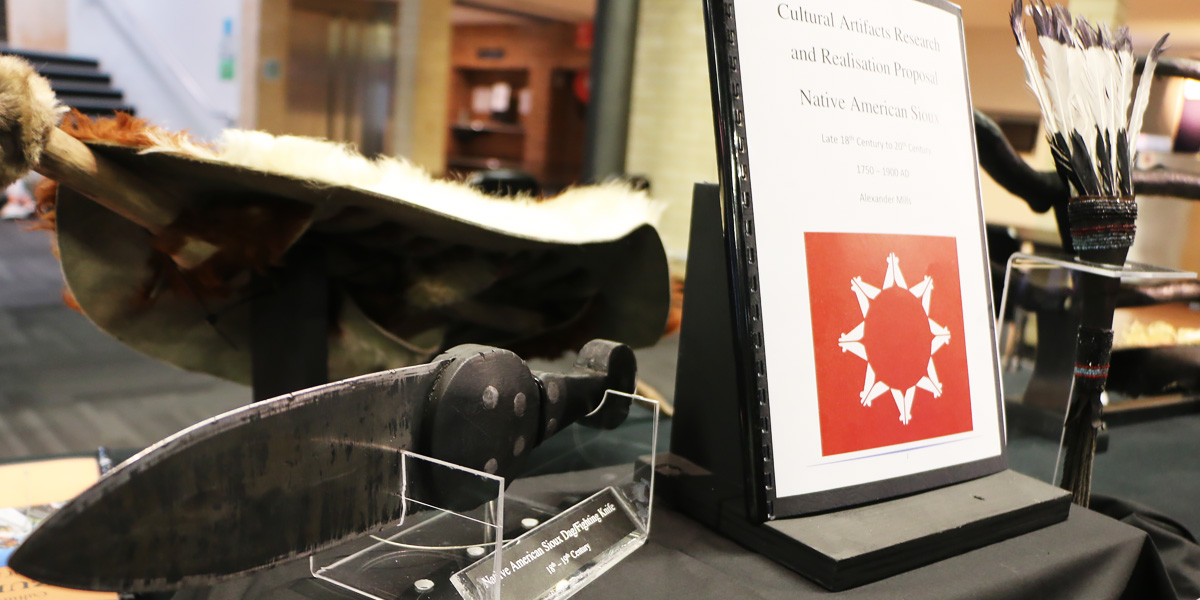 Since he was young, Alexander Mills has always been interested in the Native American Sioux tribe and decided to create a Sioux dag/fighting knife and a prayer/smudging fan, typically used when smudging or cleansing a space.

Want to know more about the BFA Properties and Objects course? Express interest to study at NIDA in 2023!

Kallan grew up in a family of practicing artists, and from a young age was encouraged to pursue creative activities by volunteering at music and circus festivals