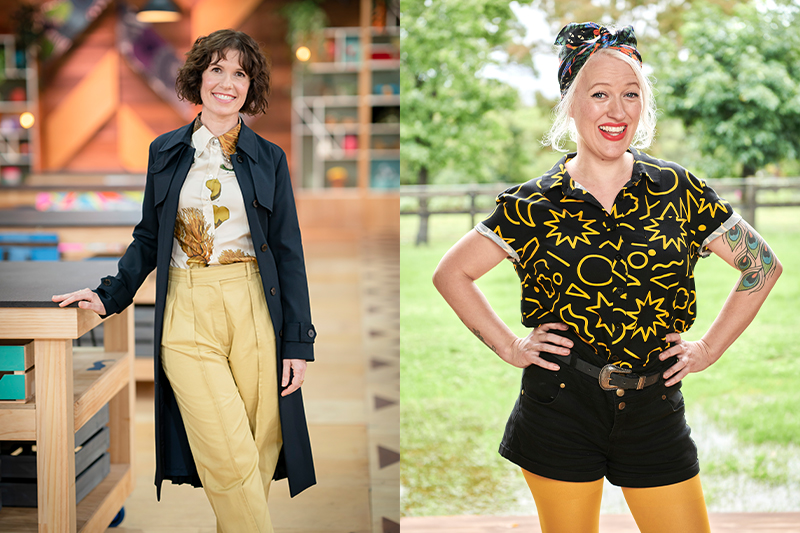 The Master Maker title carries a $100,000 prize, which she received by way of a giant timber cheque! On Saturday 6 November, George’s ‘pop up party’ triumphed over creations by Architect Jack from Victoria and Animator Rizaldy from NSW.

‘It’s been a frickin’ awesome experience. I’ve had a blast. A massively excellent time!’ said George. ‘All of these Makers are so unreal and are my friends for life.’

When not winning competitions, George is busy creating at Pink Cactus Props in Sydney, whose motto is 'We Can Build Anything!'.  The team design and produce one-off or multiple pieces for theatre, film, television, shop fittings and events, as well as artwork and furniture for the home or office.

Fellow NIDA alumna and Game of Thrones Production Designer Deborah Riley (Design, 1996) was a judge on the series.

Over the years Aron has delved into everything from generative visuals and animation through to live camera manipulation and projection.