What’s next for Sarah Snook 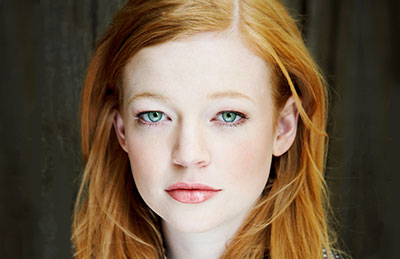 NIDA News recently caught up with graduate Sarah Snook as she took time out from her busy schedule to speak about upcoming projects, her love of acting and what advice she has for other young actors entering the industry.

Are you working on any projects at the moment?

I’m currently at the tail end of the publicity round for a number of projects that have recently launched or are about to launch including Holding the Man (August), Oddball (September), The Beautiful Lie (ABC Television Series, 18 October launch) and The Dressmaker (22 October launch).

I have really enjoyed my time working on these diverse projects; they showcase some of the incredible talent here in Australia so I’m pleased to see them in their final form and out in the public arena.

Later this year, I’m off to London to start rehearsal on a play at The Old Vic theatre called The Master Builder with director Matthew Warchus and actor Ralph Fiennes. I play the character Hilde; she is precocious but is also a bit of an enigma. The character is not fully manifested in the script, leaving room to explore and develop the character which is really attractive to me as an actor. It has been a while since being on stage so I’m eager to get back to my theatre roots.

What was it like working with fellow NIDA graduate, Ryan Corr during Holding the Man?

It was great and an opportunity that I would love to happen more often where you work with people in a professional context who you have worked with in an educational context.

I find it to be a very rewarding experience because you have the chance to really push and challenge your own performance, as well as theirs, as you already have an established relationship. You know immediately what buttons to press and how to really evoke a certain reaction, for example, from the get go.

It is also lovely to see and work with fellow NIDA graduates because you know that they are out in the industry and are succeeding in the thing that they trained for and are passionate about.

Was there any difference in your preparation for your recent projects, going from the ABC series to The Dressmaker with Kate Winslet?

No matter the project, my approach to work is always the same because the basic premise is the same, which is to tell a story.

The only difference between the projects was that we had six episodes to tell the story during the television project instead of one for the film projects. A television series has many episodes so you need to work out how to create an overarching story from episode one to six as well as creating a journey within an episode.

A big difference between theatre and television and film is the order of progression and filming which is something you need to be prepared for. The ABC television series was shot chronologically – so far as the first three episodes were filmed in the first block and then the second three episodes were filmed – but within the two filming periods, there is no chronological order. Different scenes were shot at different times so it forces you to be really intimate with your character and make definite choices straight away but then be flexible with your choices. It frequently happens that the first film shoot of the day will be the last scene in the film.

I was lucky as the first screen project I did after graduating from NIDA was Sisters of War which was shot chronologically and everyone kept telling me to relish this opportunity as it was never going to happen again. It was perfect for me as it was one less pressure, but they were right! I have never encountered that again.

Going back to your days before NIDA, was acting something that you always wanted to pursue?

I always knew I wanted to pursue drama, I felt that it was always a given that it was going to be a part of my life.

I can remember becoming very intimidated by this girl at my NIDA audition who, when told by a NIDA teacher that we should think very long and hard about why we want to be actors, threw up her hand and said she wanted to be an actor because she believed in storytelling and had this innate desire to tell stories and share them with the world. I remember looking over at her and thinking, what a fraud am I? I didn’t have any grand plan in mind; acting had always been something that I had done and loved so I decided to keep on doing it.

My grandmother was a theatre actor in the 1930s in London. Although I never got to meet her as she passed away before I was born, I feel as though that theatre thread has followed through and now I’m holding the mantle.

Do you have any advice for the graduating third-year NIDA students who are about to branch out into the industry?

Work hard, be polite, be respectful, be inclusive and be interested!

Aiden completed a Bachelor of Arts degree at Bond University, majoring in film, philosophy and journalism. Meanwhile, he spent most of his free time volunteering at Spotlight Theatrical Company as a member of the Production Committee.