Tell us about your journey to NIDA and the course you studied?

At age 10, I set my sights on NIDA – all my heroes studied acting there. I worked with a mentor of mine, the beloved Yure Covich (NIDA alumni, BFA Acting 2002), to prepare myself for the big audition and it paid off in more ways than I initially realised. I got “the call” before I got my HSC results. Yure’s altruism and encouragement back then taught me the power of positive mentorship, of being a good leader.

I completed the 3-year acting course in a class of 24 (8 were women). Despite how intense the course was, our year was really good to each other. My wonderful peers have gone on to achieve an abundance of amazing things in the 10 years since we graduated. More importantly, we’re all happy and healthy and knowing that, keeps my heart ache at bay. I miss those dorks. Sometimes I wish I could time travel back to our life-threatening cuddle stacks on the fake grass. What an era!

Did NIDA help with creating creative partnerships that extended into working in the industry?

Having a NIDA certificate opens a portal to every aspect of our industry both locally and globally. NIDA grads are crawling all over the world and I’m beyond grateful to be a fly on our fabulous web.

After you graduated in 2013, where did your career take you?

I was nominated for the Heath Ledger Scholarship right before graduation, which lead me to a premature relocation to Los Angeles. I did four years there before I realised how much I was struggling. I was auditioning, working too many rent-paying jobs and occasionally booking roles, but my passion for acting was dying. I had no creative outlets other than auditions (which are triggering by nature) and even though I was still in my early 20’s I was panicking that I was running out of time, so, I decided to step behind the camera. My partner Kane (Senes) and I made our feature film For Now in seven days, entirely improvised from a treatment, with a $25k budget raised on Kickstarter.

As we wrapped post-production, we decided to move back to Sydney and start writing our first screenplay together: SISSY. We made SISSY through the COVID years and by the end of 2021, I was ugly crying in front of my lovely students after receiving news that we were invited to the world premiere at SXSW. 2022 has been a quite a year. Kane and I got married a few weeks after we started our film festival tour & have just returned home after six months of traveling around the world.

Now, we’re diving into the next screenplay.

You returned to teach at NIDA Open – when and what did you teach? How did you find the experience of returning to NIDA as a Tutor?

I started teaching NIDA Open when I was a first-year student and that was the smartest decision I made as young person, because NIDA Open’s employment has been a constant and reliable staple. It has allowed me to sustain my creativity through a financially unstable industry. Beyond needing to survive though, teaching is a total joy for me and something I will do for the rest of my life, regardless of how my career pans out. I’m always going to be grateful to NIDA Open for giving me the opportunity to learn another love of mine. What a privilege! 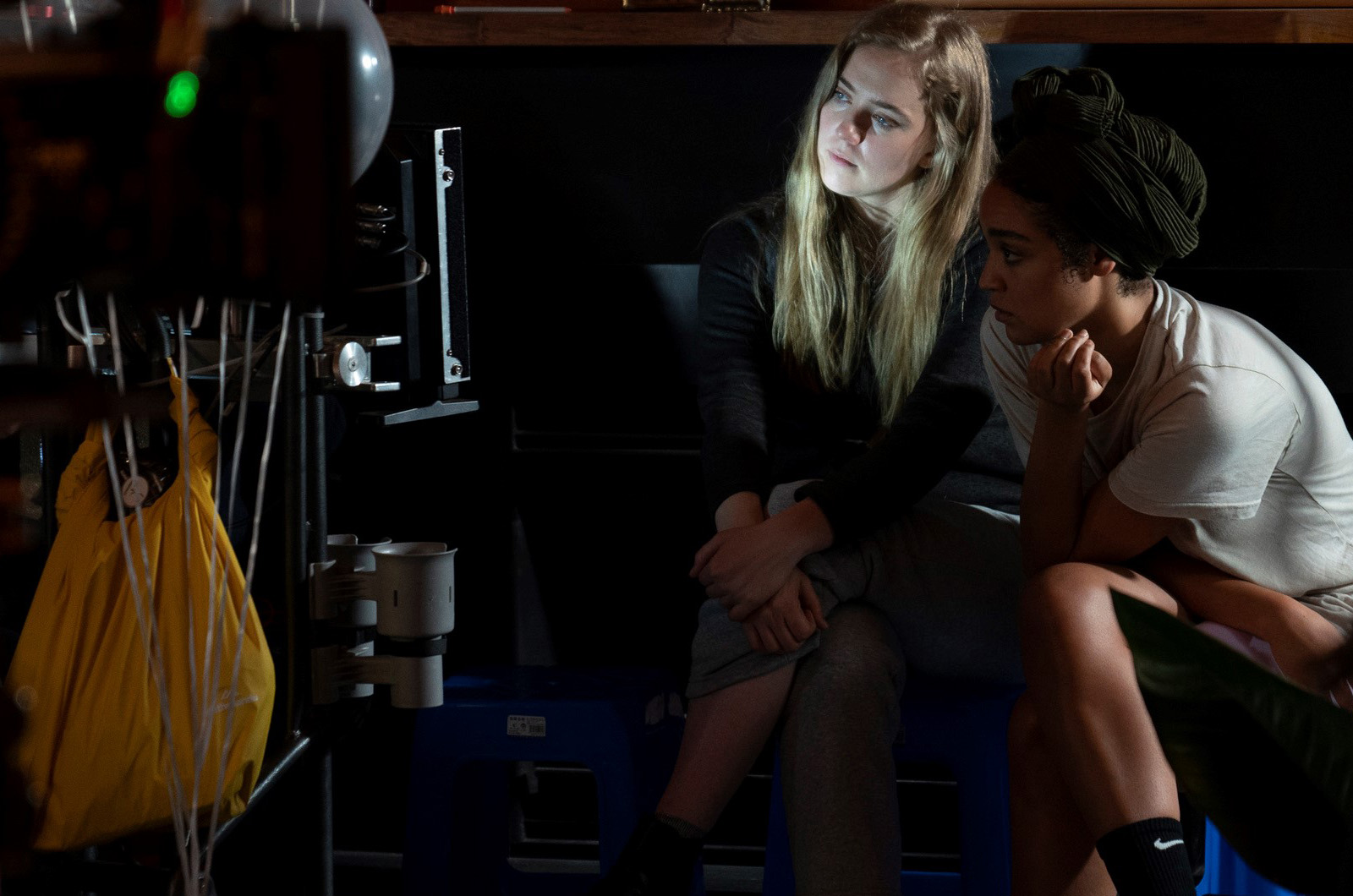 You’ve had incredible success with your feature film SISSY receiving global acclaim and currently nominated for 3 AACTA Awards and an AWGIE Award for Best Screenplay. Can you tell us about the creative process from idea to script to getting the production made? Where was it filmed? etc

When we started writing SISSY we of course had no idea that it would go on to get nominated for multiple AACTAs or an AWGIE. I’m still quite shocked and that’s not me being modest – satirical horrors hardly ever get recognised in Australia. When we started writing, our intention was to make a commercially viable film relying on classic horror tropes combined with current social commentary. We simply hoped our twisted humour would translate internationally. We realised we underestimated SISSY when we sold to Shudder, USA’s preeminent horror streaming service, before our SXSW premiere in March. We have maintained the highest horror film score (97%) on Rotten Tomatoes since.

You can’t predict those outcomes. Kane and I started our writing process with some questions about problematic influencers, our generation’s addiction to social media and my own experience of being bullied as a kid. We built the script of SISSY over 18 months before our team came on board. Our brilliant lead Aisha Dee and the rest of our incredible cast (including alumni Yerin Ha, BFA Acting 2018) attached shortly before we began production in Canberra. After 11 days pre-production, we shot SISSY in 21 days all around the ACT - which was challenging for everyone involved. Kane and I finished crafting the story with our editor Margi Hoy in ten weeks, we got slammed through post-production by COVID and wrapped the movie towards the end of 2021. Despite our hurdles, SISSY has found her audience and we’re always going to be amazed that something we concocted in our living room is being watched by strangers in their living rooms, around the world. It’s wild!

Finally, what would be your advice to anyone wanting to work in the Arts industry?

Through the madness of this unbelievable year, a memory from NIDA has routinely resurfacd reminding me to be grateful instead of overwhelmed. A NIDA grad (his name escapes me) spoke to our class during our ‘industry week’ – one of the final weeks before our graduating ‘Showcase’ – and told us it doesn’t matter how many agents you have or how many jobs you book after you graduate, what will sustain you in your career is your creativity. He encouraged us to diversify as storytellers, to empower ourselves as actors by making and owning our own content and I remember thinking what irrelevant advice that was, because I was purist thespian and wouldn’t ever need to do anything else but ‘act’. I’m ecstatic to confess how wrong I was! So, I’m regurgitating the advice. Don’t wait for the industry to discover you, create your own career! 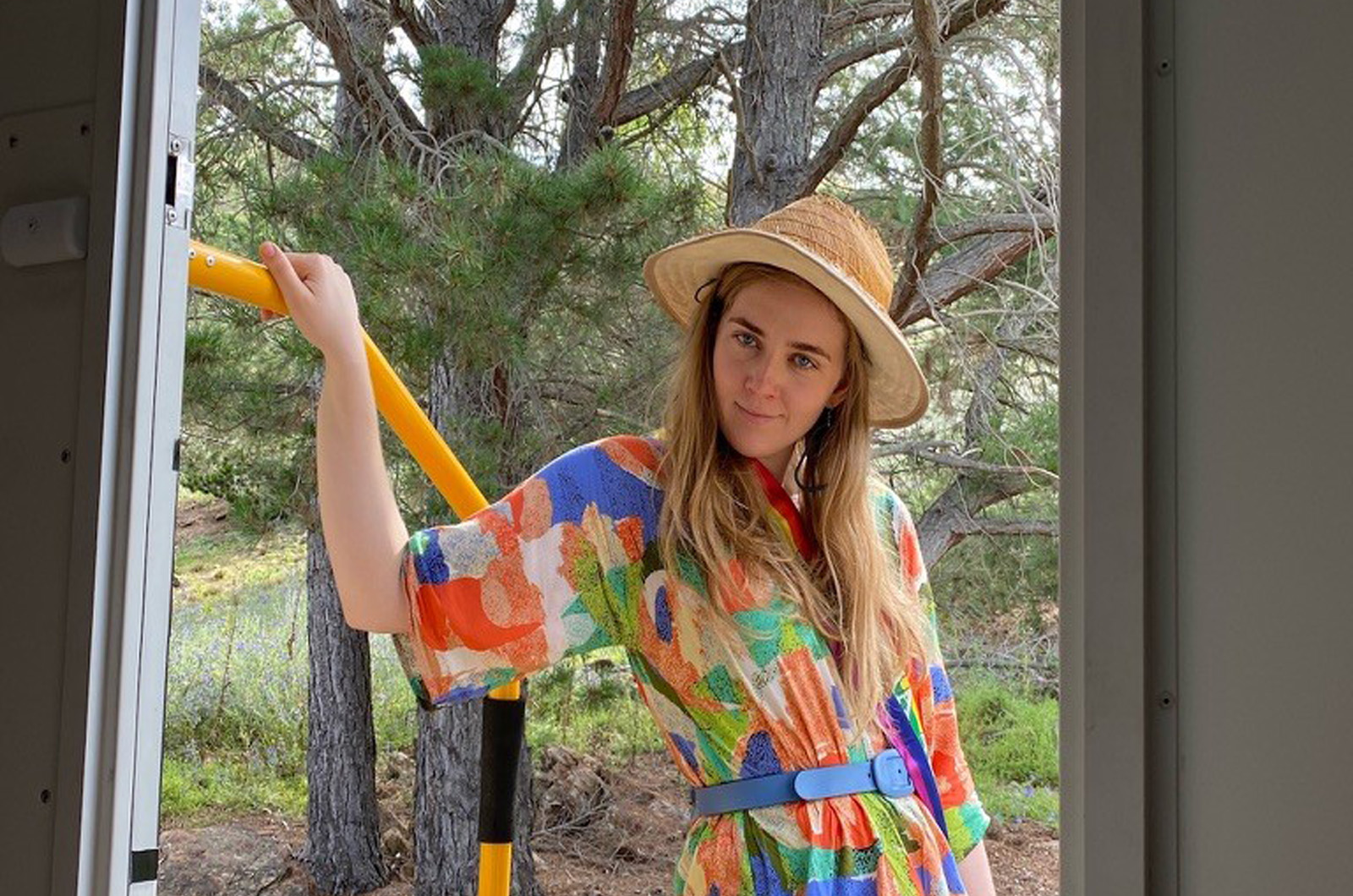 SISSY is in cinemas around Australia and is available to stream on Shudder in the UK and US. 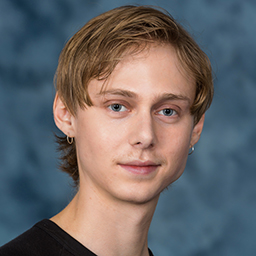 Fabian was born in London and grew up in Sydney. He has moved between the two since graduating high school, working extensively in the National Youth Theatre’s repertory company in London’s West End.