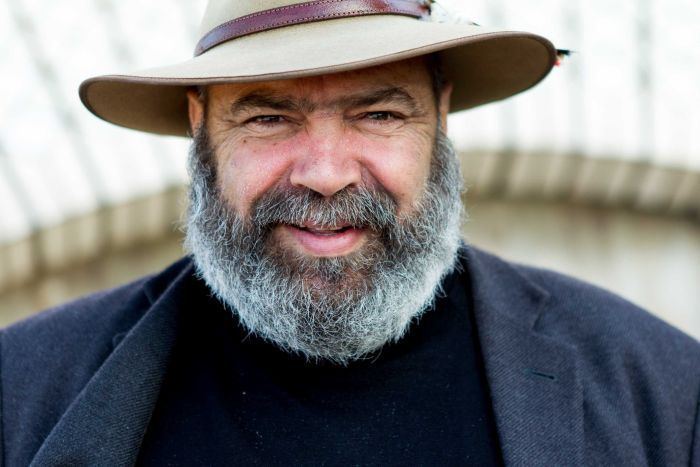 NIDA CEO Liz Hughes said, "As part of The Balnaves Foundation First Nations Program, Richard joins us for an initial six-month period to share knowledge and offer guidance, wellbeing support and mentorship to all First Nations students as well as provide strategic cultural advice and direction to staff.

"I am hugely grateful for the support of The Balnaves Foundation to enable this important appointment to NIDA and am looking forward to Richard’s contribution and impact."

Richard is one of Australia’s most experienced Aboriginal singer/songwriters, authors and film makers. Born in Melbourne, but raised mostly on the coast in south-west Victoria, Richard is a proud Gunditjmara man who has worked as a Soldier, Fisherman and Field Officer during the Royal Commission into Aboriginal Deaths in Custody.

His work with the Royal Commission led to his appearance as presenter in the award-winning Australian documentary Who Killed Malcolm Smith?

Richard has written, directed and produced over fifty video, documentary and film projects including the award-winning No Way to Forget, After Mabo, Harry’s War and The Convincing Ground documentaries.Richard is also an acclaimed musician whose music features on the soundtracks to many of his films. He has also written for and performed on stage. In 2002 he wrote and directed the award-winning play Conversations with the Dead. In 2005 he adapted the Australian cinema classic Walkabout to the stage for Chamber Made Opera.He has also directed episodes of the highly acclaimed award winning SBS Indigenous drama series The Circuit in Broome and episodes of the Channel Nine/Disney children’s series, Double Trouble, in Sydney.In 2007 Richard completed his Master of Arts at RMIT University on The Art, Freedom and Responsibility of Voice. And that year saw the release of Richard’s first book titled Digger J. Jones.In 2009 Richard wrote and directed his debut feature film, titled Stone Bros starring Luke Carroll and Leon Burchill.Over the last twelve years Richard has focused on his work with the Victorian Aboriginal Child Care Agency, co-writing Forever Business, a publication about restoring cultural safety. Through his consultancy Koorreen Enterprises, he has facilitated over 100 Workshops to Community, Government and Business Groups on Lateral Violence and Cultural Awareness.

Steph's focus has always been the circus community she works with and she plans to advocate, support and innovate for her sector in any way she can.