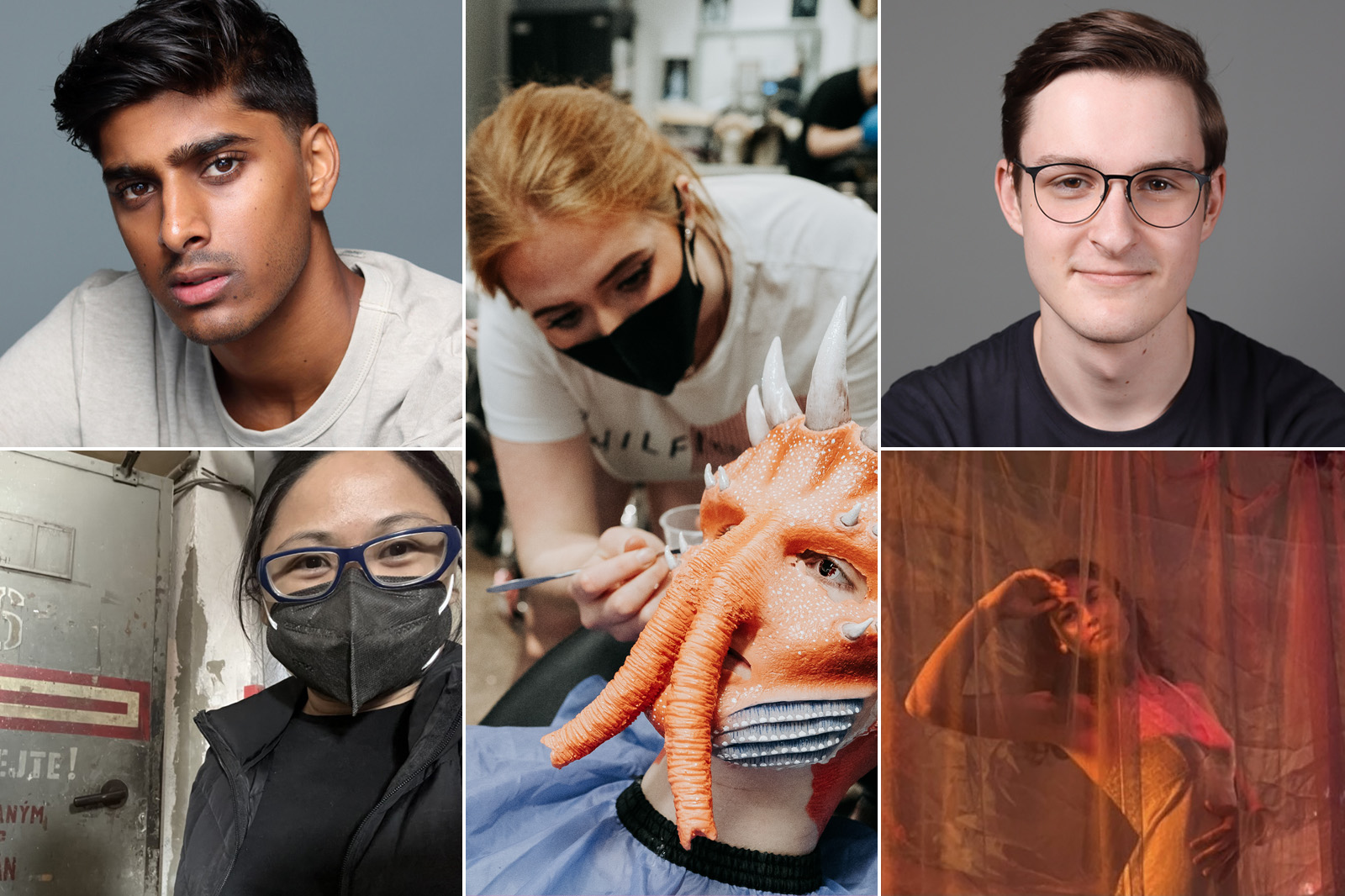 NIDA alumni are working across the entertainment, arts and culture industries in Australia and all over the world. Catch up with these five talented recent alumni and discover what's coming up on a stage or screen near you! 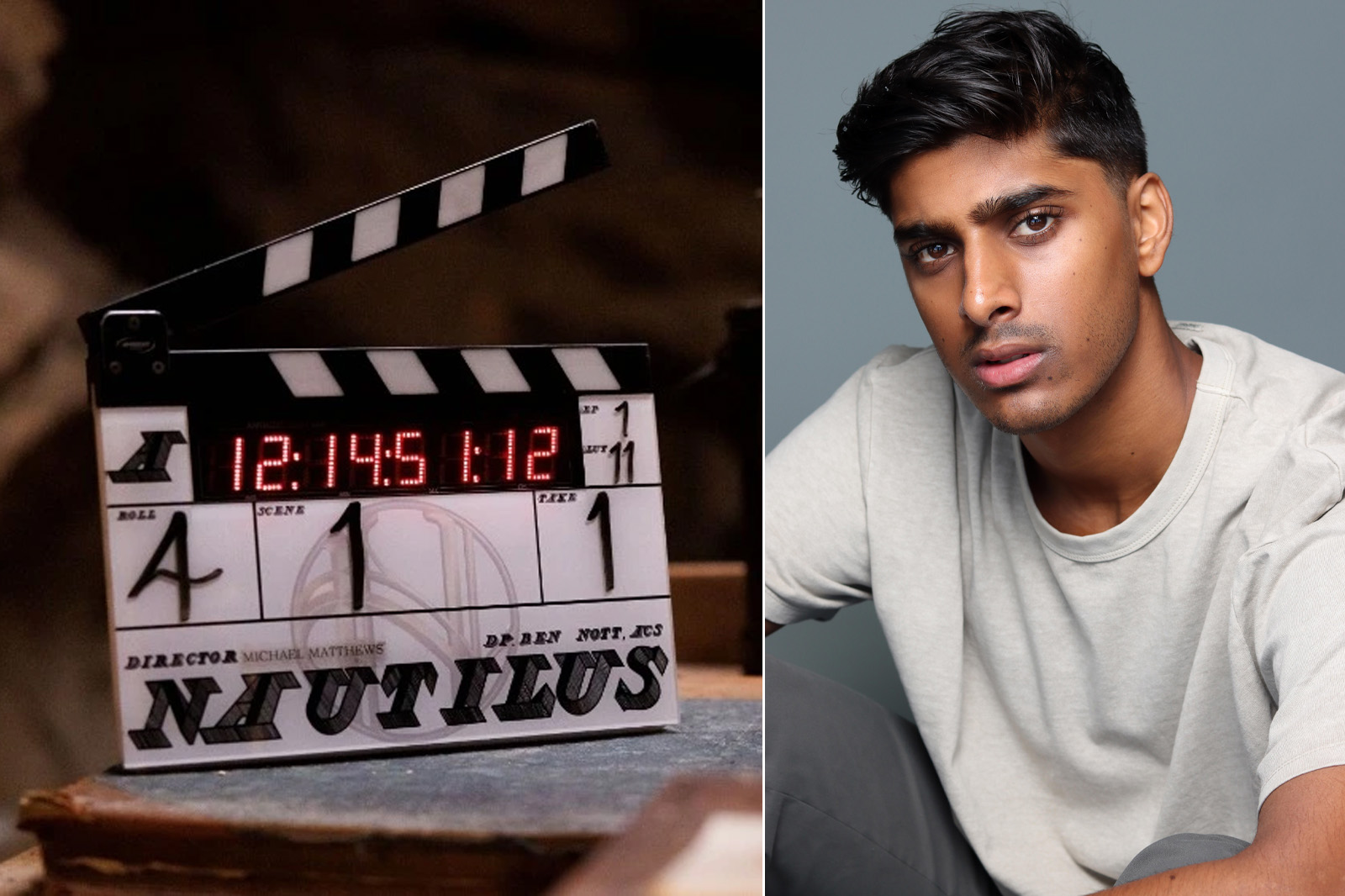 While still studying at NIDA, Ashan was cast in the upcoming live-action Disney+ series Nautilus, currently filming in Queensland. Nautilus is inspired by Jules Verne’s 20,000 Leagues Under the Sea and Ashan plays Ranbir, 'a young and impressionable dreamer'. 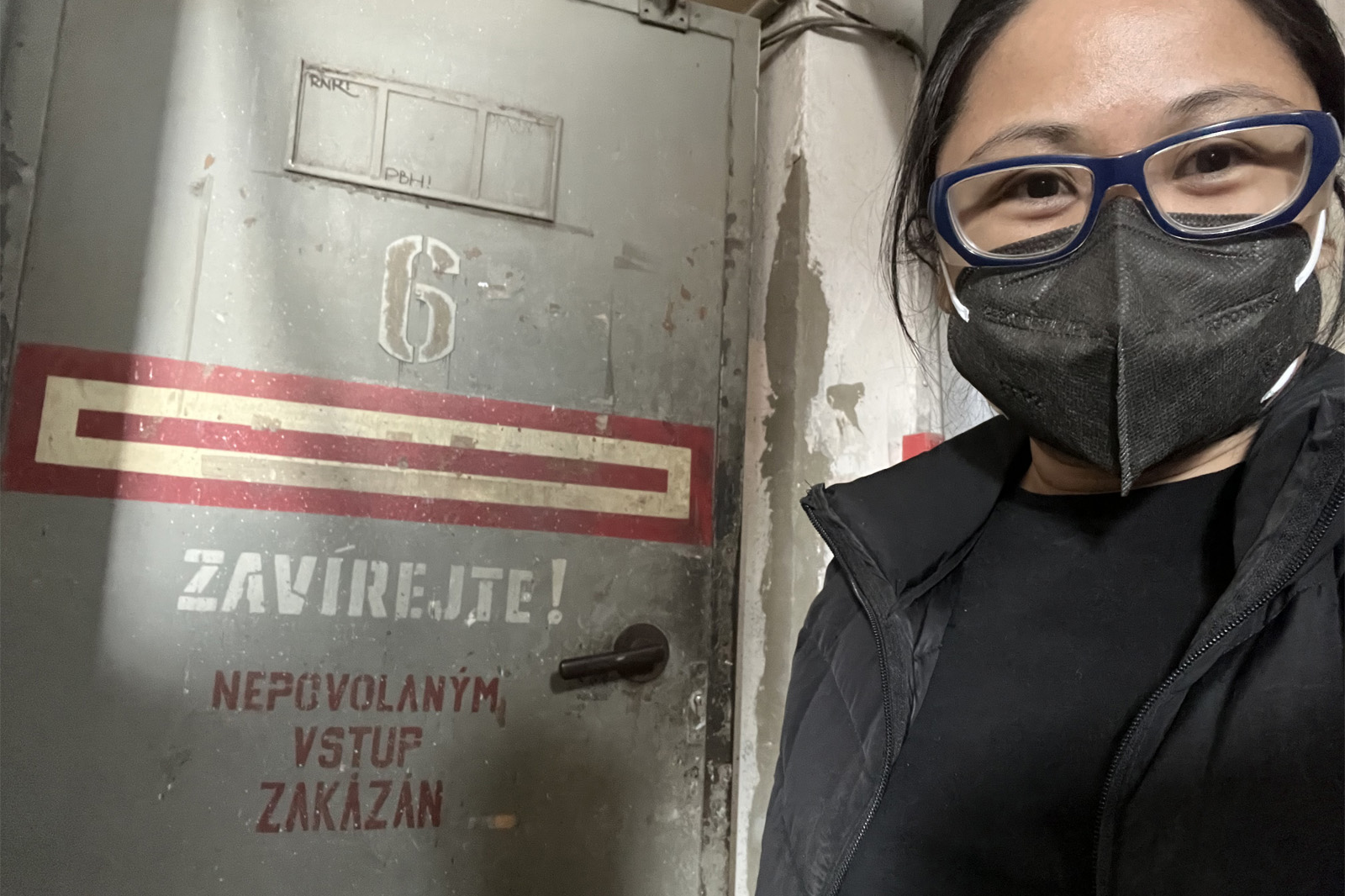 Above: Eileen at Barrandov Studios in Prague.

Eileen recently worked as a special effects technician (breakaways/electrics) on an upcoming Netflix film, and relocated to Prague for six months to work on the production. In this role, Eileen worked across a range of effects utilising her various skills – "From TIG welding armatures for special effects dummies, to sculpting breakaway parts for a motorcycle, rigging a set with over 200 explosive elements with pyrotechnics or installing electrical components in cars to enable them to be flipped in action sequences." Only a few years out of NIDA's set construction course, Eileen has also worked on films including Shang Chi and the Legend of the Ten Rings and Thor: Love and Thunder. 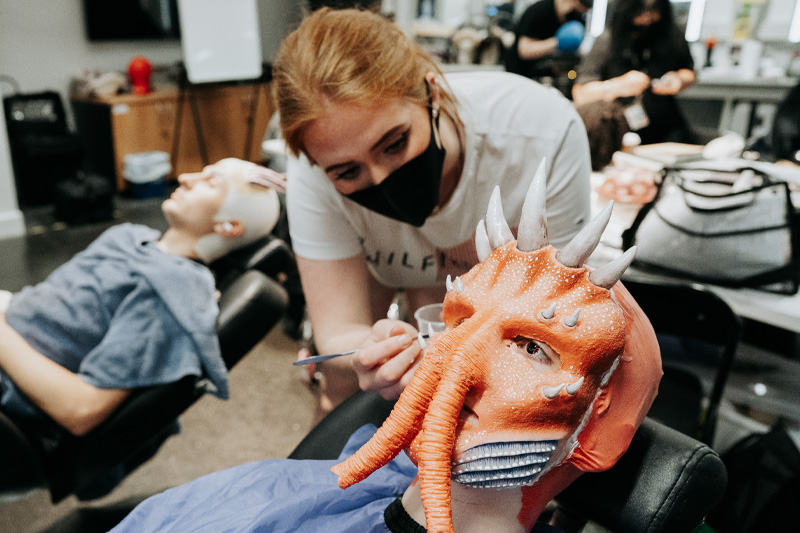 Above: Ella at work on her prosthetics assessment at NIDA.

Ella is currently working as a make-up artist on new George Miller film Furiosa, filming now in New South Wales. Ella described her experience working in the extras tent on all things make-up and production related, "I have certainly been thrown into the deep end, which at first was a little daunting… however, as time went on and with such an amazing team around me, it has turned out to be absolutely exhilarating and so rewarding. The 4am starts have become easy and 13-hour days go by in minutes because when you do what you love, it doesn’t feel like work at all! This job has surely confirmed that this is the right industry for me and I’m very excited to see what comes next!"

She reflected on her time at NIDA, studying the one-year Diploma of Screen and Media (Specialist Make-up Services), saying "a lot of content is covered in the Make-up course at NIDA and it’s great now being able to put my knowledge into action! It has served me well as a ‘newbie’ in the production industry." 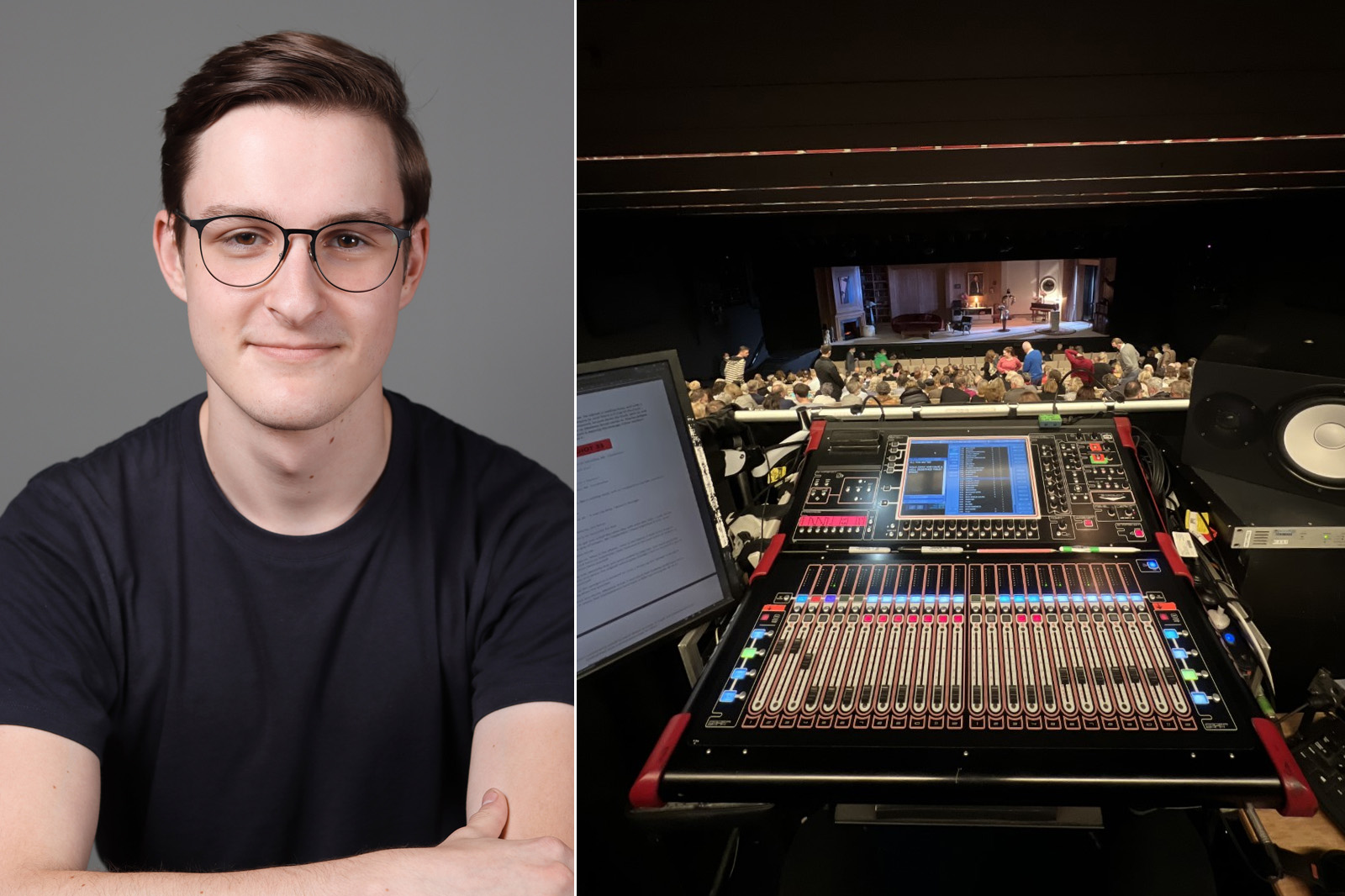 Above: Zac (left) and at work.

Sound Designer and Composer Zac Saric is a recent graduate of the Class of 2021, and has worked across theatre, musical theatre, live events, podcasts, post-production and more. Currently, Zac is working as an Audio Operator and Mic Technician at Sydney Theatre Company on The Tenant of Wildfell Hall, as well as a Sound Designer at UNSW's iCinema. 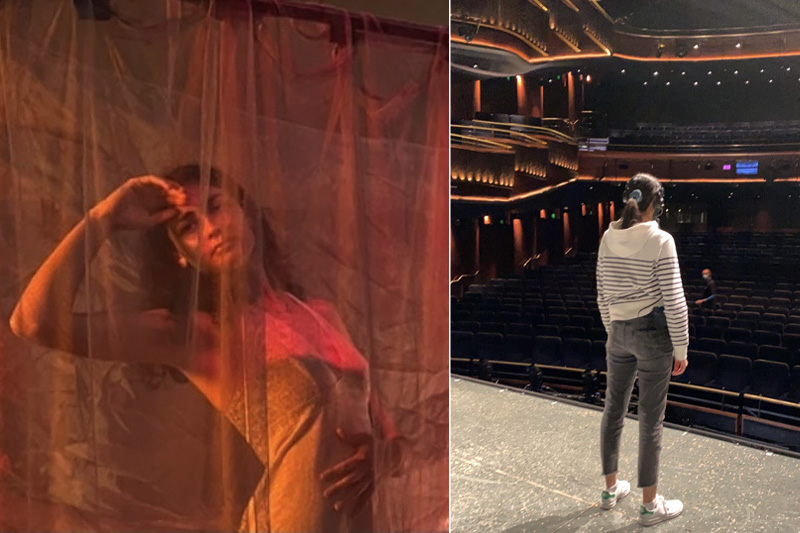 Above: Lily in a still from Metanoia, and on stage at Sydney Lyric Theatre.

A performer and technical theatre practitioner, Lily graduated last year and has worked on a range of shows including 7 Stages of Grieving at Sydney Theatre Company as well as the Australian tour of the musical The Wedding Singer. Recently, Lily played the lead in a short film titled Metanoia, which enhanced her confidence as an actor. Currently, Lily is working as Stage Technician on Mary Poppins the Musical at the Sydney Lyric Theatre. Lily said, "It's my childhood dream come true to be working on such a fabulous production."

Applications are now open to study at NIDA in 2023, and it's free to apply! Learn more at apply.nida.edu.au

As Artistic Director of MettaMusic, Sarah specialises in ‘trouble-shooting’ for actors, singers, musicians and performing artists.