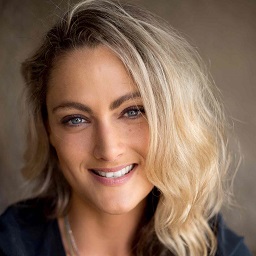 Caroline Levien is an actor and writer based in Sydney, Australia. Caroline completed her acting training through the University of Southern Queensland Fine Arts (Acting) degree, graduating with honours. She has also continued her acting training under various schools nationally and internationally, including Shakespeare and Company in the USA.

Undertaking the Master of Fine Arts (Writing for Performance) at NIDA allowed Caroline to extend her passion for storytelling in new and exciting ways in her chosen field of film, TV and audio. She looks forward to continuing this journey as a creative under the guidance and support of the NIDA institution

Sam is a director and writer whose work seeks to uncover and exploit theatre’s unique capacities to make vital and compelling art for the time we’re in.