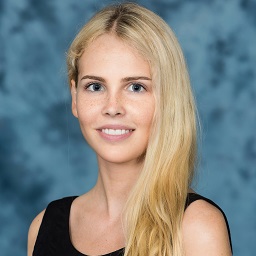 Samira is a Swiss-born, Mexico- and Colombia-raised creative with a Bachelor of Performing Arts from the Australian Institute of Music (AIM). A versatile practitioner, Samira has had experience as a performer, assistant director, dramaturg, designer and stage manager.
Samira has had a passion for the performing arts from a young age, which has grown with her experience of diverse cultures. Having lived in Israel, Colombia, Mexico, Switzerland, Brazil, and Australia, she is a polyglot versed in five languages. Samira’s fascination for culture and storytelling have motivated her to pursue dramatic arts for a living.
Her writing credits include Blackbox (2018) for The Circle Theatre Co. She also worked as an assistant director for Animal Farm and dramaturg for Let’s Pretend This Is Real (AIM – Dramatic Arts). Samira is passionate about theatre that explores immigrant issues, identity, and feminist existentialism. She is also very much interested in writing for screen and other mediums such as performance art.
Samira recent projects include a play called The Princess Party, which was selected for a performed reading as part of the Kings Cross Theatre 2019 Storytellers Festival.

Jackson has been working in Sydney as a dramaturg, working with a range of exciting emerging artists in developing new writing.