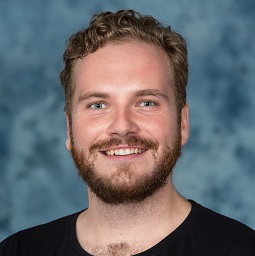 Patrick is a voice and text coach based in Sydney. Prior to NIDA, he was employed as Voice Lecturer at the Adelaide College of the Arts (2017-2018).
His credits as a voice and dialect coach include Julius Caesar (dir. Nicholas Garsden), The Skin of Our Teeth and Aftershocks (dir. Terence Crawford) with AC Arts and Birdland (dir. Tom Healey) with Flinders Drama Centre. Recent highlights include voice support for NIDA’s FAUST (dir: Samuel Trotman),Twelfth Night (dir: Jim Sharman) and Roberto Zucco (dir: Robert Schuster) and Love's Labour's Lost (dir: Jennifer West) at Actors Centre Australia.
Patrick has a specialist interest in actor-training, voice and speech in theatre and heightened language. He is influenced by Patsy Rodenburg, Cicely Berry, Arthur Lessac, Barbara Houseman and David Carey.
Whilst on a teaching placement at Rose Bruford College, London, Patrick taught BA acting students and ran individual tutorials. After his placement, he spent time observing classes at Guildhall School of Music and Drama and The Royal Central School of Speech and Drama.
After completing his MFA, Patrick intends to designate as a Lessac Certified Trainer

Growing up in the western suburbs of Melbourne, Declan formed a deep appreciation of his working-class family background and felt it his duty to tell their stories.