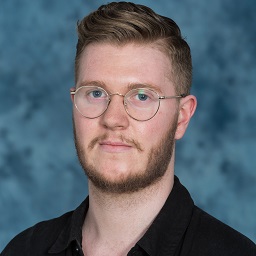 Jake is a set and costume designer originally from Perth, Western Australia. Jake previously undertook a Bachelor of Performing Arts in Theatre Making, and a Graduate Diploma in Design at the Western Australian Academy of Performing Arts.
While developing his craft in theatre-making, Jake interrogated his passion for physical theatre and scenography to develop an approach to designing that became both practical and fluid, focusing on designing through stage movement.
In development with Swedish choreographer Linnea Tengroth, Jake designed and toured Plastic Planet internationally to the Indonesian International Culture and Art Festival in 2018.
Jake has worked on projects such as From Marathon to Waterloo, an opera directed by Artistic Director of the State Opera of South Australia Stuart Maunder AM (2018), LOVE directed by Susanna Dowling (2019) and was set designer on the Australian premiere of the stage adaption of Starstruck, directed by Kim Hardwick (2019) at NIDA.

Sam is a Canberra based theatre-maker, director and performer with a particular interest in creating works with and for young people.