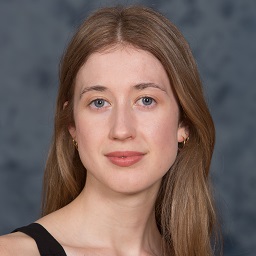 Georgia is an emerging artist in the field of costume.

She grew up performing in a circus but after feigning every injury under the sun to avoid clowning she figured that her future wouldn’t take place on stage. After a brief moment of studying International Relations she refocused her love of history and politics back towards the arts, this time, backstage. Her designs, fully realised garments and facilitation of others visions all speak to what’s most important to her, the human experience.

During her time at NIDA Georgia was able to collaborate on a multitude of projects allowing her to further develop her skills as a costume maker and cutter. She developed a particular interest in using period accuracy in cut and fabrication to inform the experience and movability of the performer.

Her major research project explored the intersection between fabrication and freedom on a theoretical level by investigating the role of women’s circus costumes at the turn of the twentieth century. Through this research Georgia tracked the socio-political movements that these costumes interacted with as well as the historical fabrication and making techniques used to allow such freedom of movement. See below for Georgia's presentation.

Adam began his career in the performing arts as an actor and stand-up comedian, working in both capacities in his home town of Sydney.