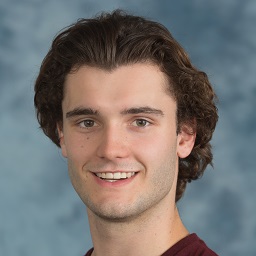 From a very young age, Tom found himself enthralled with the idea of having nothing to do with the arts, being on a stage, or being seen at all for that matter; it scared the daylights out of him.

However, upon a few nudges from his teachers and parents alike, he found himself branching out from his success in academic subjects to expressing his ideas through the outlet of film. Eventually pursuing a variety of creative classes, in his final year of school Tom explored film, writing, object design, and drama.

The culture of a drama classroom, as well as the feeling of forming a relationship between himself and the audience, impassioned Tom to the level of spending his parents’ money to book an audition for NIDA.

At NIDA, Tom flourished, marrying his expressive and flamboyant personality with the rigour and work ethic he adopted from his younger academic self.


Written and directed by Matt Zeremes

Imogen began work in the creative arts industry as a contemporary musician, vocalist and composer.