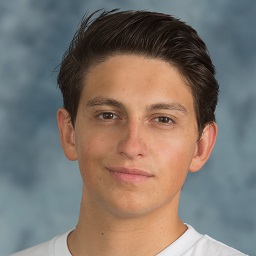 Brandon realised he wanted to be an actor from a young age and loves storytelling. His dream was inspired as a child by films like Pirates of the Caribbean, Lord of the Rings and Tomb Raider.

Brandon grew up in Adelaide and was surrounded by many different cultures and people. He loved growing up watching Fringe shows and films. He constantly seeks out more plays and films to broaden his knowledge of stories and the human imagination. Brandon also has been focused on training from a young age, attending as an auditor Larry Moss master classes from 14 till 17. He also trained in masterclasses by Tony Knight at 18.

Brandon worked in commercial construction as a glazier prior to NIDA. However, realising construction wasn’t his dream, he left his safe income and the security of home to pursue what he loved.

Brandon is excited to create work and be part of storytelling on film and stage after NIDA. He is interested not only in acting but writing as well. Brandon also is an avid ocean dweller and spends his spare time surfing.