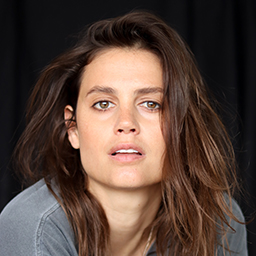 Armed with the family camcorder, a makeshift set and an all consuming curiosity for what it felt like to be inside another person’s mind, Alex has been making movies in the backyard of her Coogee home since she was seven. Her interests in human behaviour saw her complete a degree in psychology with honours. Alex juggled work as a research assistant at a forensic psychology clinic whilst appearing in a series of short films, web series and independent features – personal highlights include Shit Creek alongside Heather Mitchell and Andrew McFarlane and A Bad Date in Beacon which she filmed on location in New York in 2017.

Whilst at NIDA Alex has maintained her presence on Sydney stages working with her cousin and childhood home movie collaborator Antoinette Barbouttis in Ban Shakespeare’s Håmlet and Cool Pool Party (Bondi Feast) and on screen in Alec Roth’s Paradise, filmed in the Dominican Republic.

This year Alex was a finalist in AACTA’s Pitch Action Competition and starred in Lizzie Cater’s film Circe.

Kate is a theatre and film designer in set and costume.