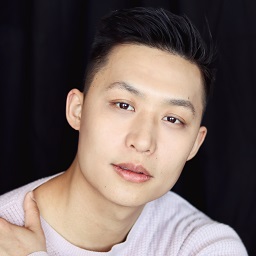 Alan was born and raised in Sydney to Chinese immigrant parents, where in his toddler years he was shown off to family friends for his spectacular impressions of dinosaurs. Much to their dismay this would develop into a passion for the performing arts.

Since then he has appeared in various TV commercials, Australian Film Television and Radio School (AFTRS)’s student short films as well as UTS Backstage theatre productions before undertaking training at NIDA.

He has been a violinist since age four and has received his AMusA which has come to serve him well in numerous NIDA productions and projects, to his parents’ approval.

He hopes to inspire emerging young Asian artists in creating more representation for the BIPOC community on stage, TV and film.

Riley is a director with a practice in new writing and devised performance.