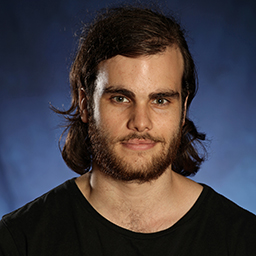 Jackson graduated from the Western Australian Academy of Performing Arts (WAAPA) with a Bachelor of Performing Arts (Performance Making) and a Certificate II in Music Theatre. He has undertaken training programs such as the Playwriting Australia and The Blue Room Theatre’s Dramaturgy Training Program, as well as the Sustained Playwriting program. Jackson has a history of involvement in numerous amateur, independent and professional productions in a variety of roles, such as writer, director, producer and dramaturg. This led him to co-found sandpaperplane, an independent theatre company based in Perth in 2014, created to support the development of new work and provide a platform for the artistic voice of emerging creatives.
In 2017 he co-founded Curio Network, a podcast network based in Perth and completed the Fresh Ink Mentorship with the Australian Theatre for Young People working with Will O’Mahony and Matt Edgerton. Jackson has been working in Sydney as a dramaturg, working with a range of exciting emerging artists in developing new writing.