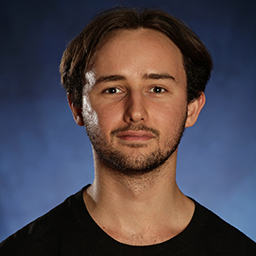 Prior to studying at NIDA, Elliot completed an undergraduate degree in Creative Writing at the University of Technology Sydney.
In 2017 Elliot was a lead editor of the UTS magazine Vertigo, and a producer for the NIDA Alumni web series All We Have is Now, which was created by The Louise Frequency. He was also the co-creator and head producer for Vertigo TV, the UTS video journalism platform.
This year he’s created a pilot for the television series The Heat in Amby, is a co-writer on the NIDA graduate production Delta Sierra Juliet, directed by Darcy Green, and was also selected to have his short film script Optics be produced by NIDA under director Ian Watson.
Elliot hopes to pursue a career in screen writing for both television and film, as well as continue writing for theatre. Elliot’s main interests lie in comedy writing that explores environmental crisis, human relationships, and the expectations that are placed on us.