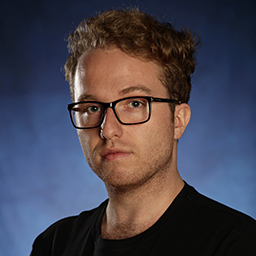 Chris is a queer theatre-maker from Melbourne, with a background in writing, directing and performing.
Having graduated from Monash University with a Bachelor of Performing Arts in 2016, Chris has gone on to work with a variety of independent artists and theatremakers, helping to facilitate the creation of both new texts and devised works.
In 2018, Chris collaborated with Monash Uni Student Theatre as Director, Co-Writer and Co-Curator on Memento Mori, a roving promenade performance featuring new works from six emerging playwrights, performed in a variety of spaces in and around a university campus. Chris has also worked closely with Little Ones Theatre, working as Assistant Director on their acclaimed productions Dracula and Merciless Gods, both directed by Stephen Nicolazzo.
Having  completed his course at NIDA, Chris hopes to continue writing for both stage and now screen, focusing on works exploring the experiences of queer youth in Australia in this modern age, as well as continuing to explore his abilities as a director and as a performer.